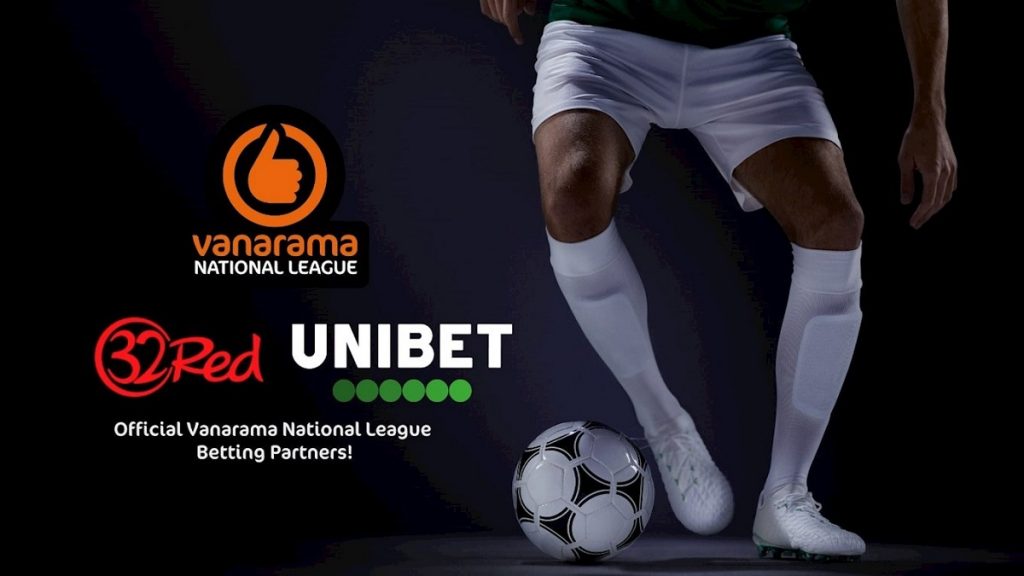 Kindred Group’s 32Red and Unibet brands have been unveiled as new official betting partners of the Vanarama National League, the fifth level of the English football league system.

The two-year partnership will see the two brands feature across the league’s digital channels, as well as on stadium advertising boards and match day programmes.

“The National League is thrilled to welcome the Kindred Group’s Unibet and 32Red brands as our official Betting Partner,” said National League general manager Mark Ives. “We are excited to be working with an organisation who want to prioritise fan and community projects and gambling awareness, which is absolutely perfect timing, as we welcome back supporters in greater numbers than we have been able to over the last 18-or-so months.

“That period has been extremely challenging for us all and so we are very welcoming of this partnership for at least the next two years.”

Kindred Group UK general manager Neil Banbury said: “This is a hugely important day for everyone connected with the Kindred Group - we are excited and proud to be The National League’s official betting partner.

“Simply, non-league football is the lifeblood of our national sport. The elite level can only exist if the base of the pyramid thrives - and we hope that our investment will help to support that. At the heart of this are the supporters, of course, with their unwavering loyalty.

“The last year-and-a-half has shown us how vital they are to the clubs and to their communities. That is why we’ll be making sure that supporters see and feel a benefit from our sponsorship of their league. More broadly, Kindred remains committed to reinventing the sports sponsorship model - because we want a model that benefits the wider community.”

Shares in Kindred Group plc (STO:KIND) were trading 2.78 per cent higher at SEK153.30 per share in Stockholm Monday morning.