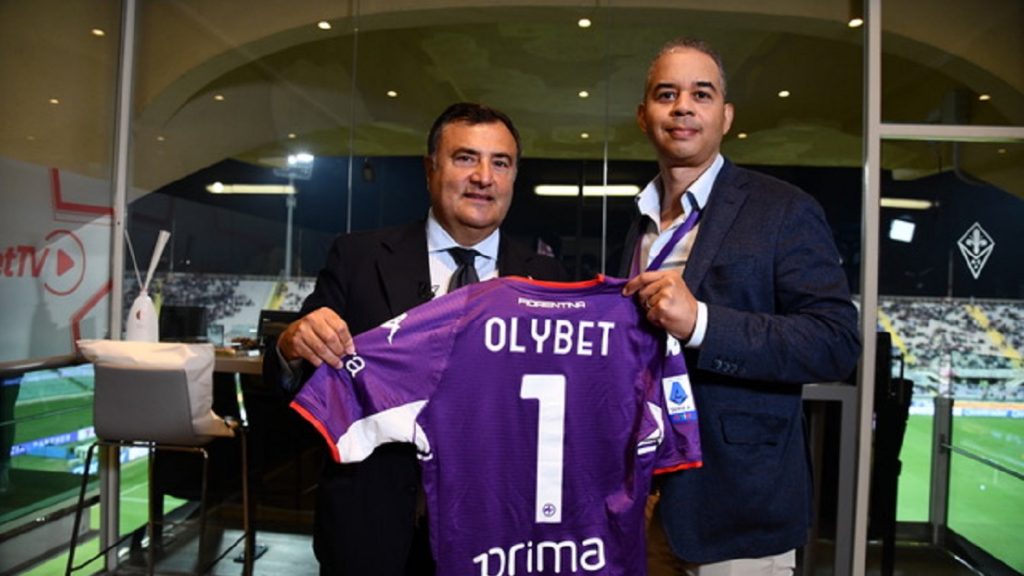 The agreement will see the OlyBet and OlyBet.TV brands visible on sideline LEDs throughout Europe for home games played at the Artemio Franchi Stadium, using new geolocation technology adopted by the club at the start of the season.

“We are delighted to welcome OlyBet to the Viola family and we are very pleased with this new regional partnership which confirms Fiorentina's global growth in high potential markets like this one,” said Fiorentina general manager Giuseppe Barone.

"I am convinced that the partnership will allow both brands to further develop their commercial strategy at an international level.”

Olympic Entertainment Group and OlyBet Group chairman and CEO Corey Plummer added: “We are very excited to begin this partnership with Fiorentina, its leadership, its players and most important, the fans. Fiorentina has a long tradition and strong ambitions for the future.

“A multiverse of sports entertainment and news, competitions and live events will be accessible globally through the OlyBet.TV platform. This is a great partnership.”