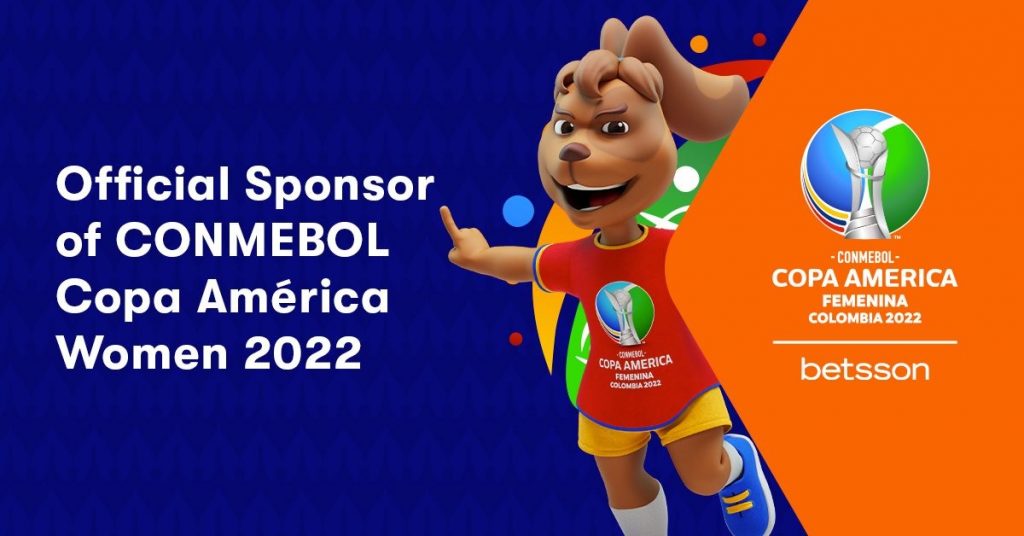 Stockholm-listed betting and gaming operator Betsson has been named the exclusive sportsbook partner of the upcoming CONMEBOL Copa América Femenina 2022.

The international women's football tournament takes place in Colombia between 8 and 30 July and will see a total of 25 matches played across the Colombian cities of Cali, Armenia and Bucaramanga.

Betsson will benefit from branding and promotional activities across all three stadiums, alongside use of official brand assets and footage for marketing purposes.

Betsson's brand will also be visible on media backdrops and CONMEBOL's online channels, with the operator also serving as the Official Lineups content sponsor.

“The rationale behind sponsoring one of the biggest moments of the world’s sports calendar in 2022 is very simple – Betsson’s commitment to sport and its support for gender equality,” said Betsson Group CEO Jesper Svensson. “Besides the exciting potential of further raising Betsson’s brand awareness in the region, we are extremely proud to be partnering with CONMEBOL as they are exceptionally committed with improving women’s football in South America.

CONMEBOL commercial and marketing director Juan Emilio Roa commented: “CONMEBOL values the support of Betsson for one of its most important tournaments, the CONMEBOL Copa América Femenina 2022. This partnership comes from a shared vision between CONMEBOL and this prestigious company of boosting women’s football across South America with a strong participation of girls, young adults and women.”

Shares in Betsson AB (STO:BETS-B) were trading 0.86 per cent higher at SEK62.39 per share in Stockholm Friday morning.