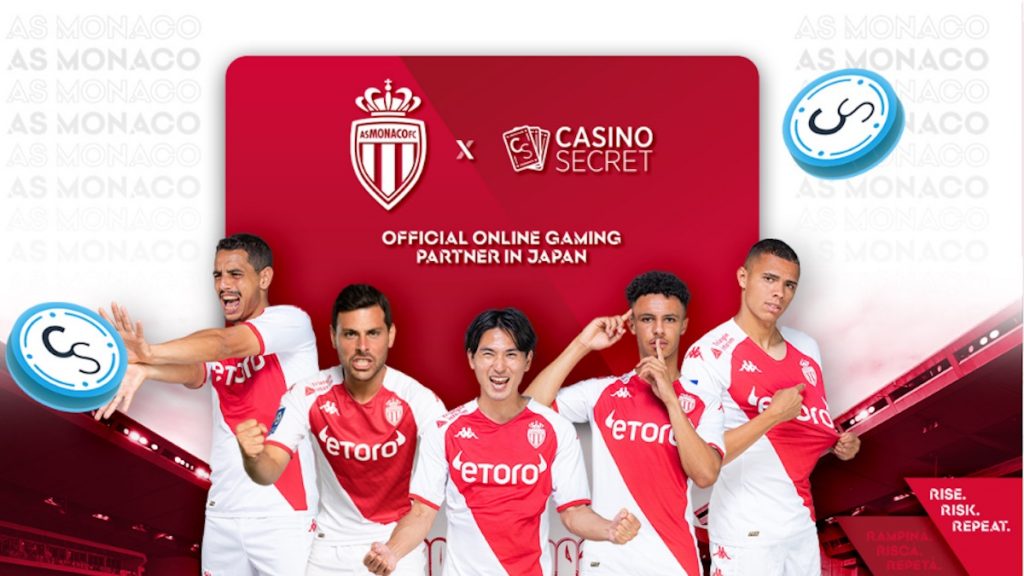 Casino Secret will serve as the club's Official Online Gaming Partner in Japan, where AS Monaco has risen in popularity with the arrival of Japanese international Takumi Minamino.

The operator has been named AS Monaco's official regional partner in Japan for the next two seasons, giving it significant brand exposure in one of its key markets

“We are delighted to welcome Casino Secret as our online gaming partner in Japan,” said AS Monaco chief executive Jean-Emmanuel de Witt. “AS Monaco is an iconic Ligue 1 club with a strong international dimension, and is enjoying growing interest in Japan notably due to the arrival of Takumi. We look forward to starting this new partnership with Casino Secret to grow our presence in Japan and to provide Japanese football fans with some unique jointly created content.”

Casino Secret and AS Monaco will jointly launch an exclusive digital campaign featuring a series of high-impact content targeting the Japanese audience to celebrate the new partnership.

Casino Secret founder and CEO Nadir Ounissi said: “Since our launch in 2018, Casino Secret brand has been growing exponentially in Japan and that has led us to win several awards voted by the community of players. In the past we worked with other partners in the football industry, now as one of the leading online gaming companies in Japan, it is logical to take a next step to associate with AS Monaco, a world-renowned club, with a strong digital audience of over 22 million supporters and a constant growth of this resonance.

“With Takumi Minamino’s presence in the AS Monaco team, we have a great opportunity to grow our respective Japanese communities in the next two seasons. We look forward to this collaboration.”

Casino Secret COO Gary Aurivel added: “We’re excited to partner with AS Monaco. Emotion, surprise, and fun are the main keywords defining this partnership. This collaboration between the club where one of Japan’s top football players’ plays, and online casino will bring endless fun and excitement to our audience in Japan. We look forward to work with them to create exclusive content to our Japanese audience.”

4ThePlayer.com approved to launch in Michigan