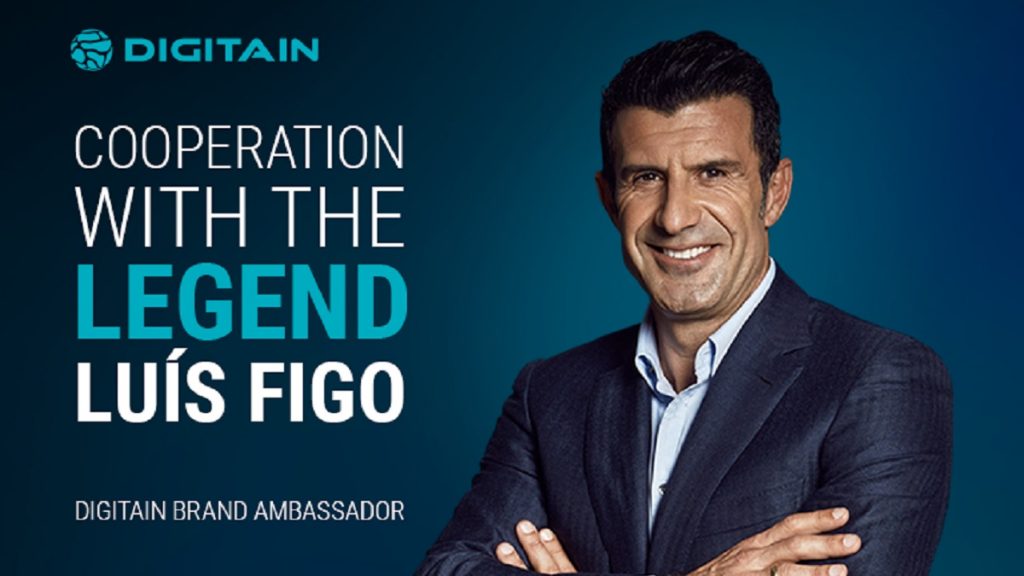 One of Portugal’s greatest players, Figo won 127 caps for the national team and played for a number of leading clubs, including Barcelona, Real Madrid and Inter Milan.

He won a number of trophies during his career, including four La Liga titles, four Serie A titles, the UEFA Cup Winners’ Cup and UEFA Champions League, as well as the 2000 Ballon d’Or and 2001 FIFA World Player of the Year.

“I’m excited to be part of this new partnership and I look forward to representing Digitain,” said Figo. “This is a long-standing and forward-thinking iGaming company, dedicated to offering a broad variety of successful iGaming solutions to partners all over the world. Becoming their brand ambassador was an easy decision.”

“When it comes to the worldwide representation of an iGaming company with the latest sports betting solutions, that is Digitain, Figo – praised for his unequalled reputation, impressive background and winning attitude – is undoubtedly the perfect choice to symbolise our sportsbook’s quality, innovation and effectiveness. We’re really keen to work with this sports icon.”