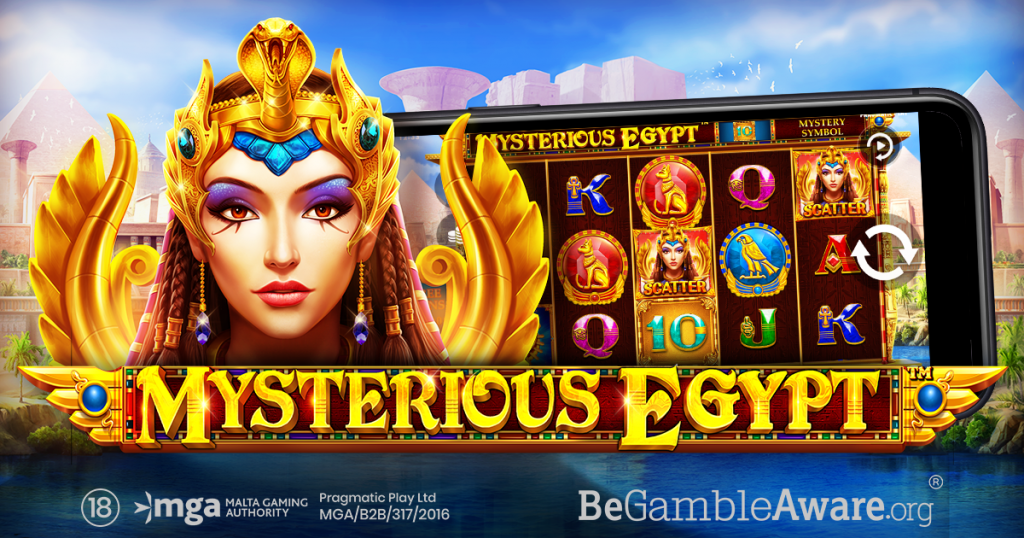 Pragmatic Play is taking players to the land of the Pharaohs in its latest slot release Mysterious Egypt.

The 3x5, 10-payline slot features symbols based on Egyptian artefacts, ranging from low-paying classic icons to more premium symbols, represented by birds, cats, pyramids, and the special Eye of Horus.

On every spin a special mystery symbol is randomly selected which can expand vertically to cover a reel. Three or more Scatter Symbols trigger the Free Spins mode. The Scatter also acts as a wild throughout all gameplay modes.

The 4x6 slot retains the Wild Respin feature of the original game, and adds to the excitement by combining it with both growing Wilds and Random Multipliers.

“Anaconda Wild II takes the engaging mechanic behind the classic original slot and gives it an even more exciting spin,” said Origins game producer Offer Ben-Mordechai. “When the Wild Respins begin, the snake leaves a trail of Wilds in its path, before transforming to a giant Wild with a random multiplier of up to 25x.

“With major win potential combined with the appeal of a highly popular brand, we’re confident Anaconda Wild II will be a hit with fans of the original and new players alike.”

“Cheerful and colourful in nature, Irish-themed games tend to be hugely popular among players throughout the world and we believe this game with its bright and jolly protagonist will be a smash-hit at launch and beyond.

“We’re delighted to be adding yet another Megaways title to our growing portfolio of diverse online and mobile content to suit an array of player tastes and preferences.”

“Mighty Stallion Hold & Win combines both free spins and respins in a fast-paced gallop across the reels that is sure to produce immersive gaming experiences,” said iSoftBet chief commercial officer Michael Probert.

“With a free spins feature that can see a player’s win multiplied by up to 100x and a lucrative respins mode where wins of up to 1,000x can be achieved, Mighty Stallion can transport players to lucrative wins on any spin.”

GAMING1 has expanded its portfolio with the launch of 5x3 slot Faëlorn.

“We are delighted to announce the global launch of Faëlorn, an all-action adventure designed for players in search of a fully interactive gaming experience,” said GAMING1 chief operating officer Sylvain Boniver. “Joining our immersive in-house gaming suite, the title follows on from the string of smash-hits we have released over the course of 2020.

“We look forward to continuing that tremendous success over the next 12 months and have a number of exciting plans in the pipeline.”

Blueprint Gaming has expanded its Jackpot King series of games with the launch of 7’s Deluxe.

“7’s Deluxe has proven to be a really popular game with operators and players alike since we introduced the title to our RGS platform last year,” said Blueprint Gaming director of marketing and relationships Jo Purvis.

“Given how the market-leading Jackpot King progressive has elevated iconic RTG titles to a new level already, we had no hesitation in adding 7’s Deluxe and we are sure it will be a move well received by a wide range of players.”

Playson has unveiled its latest 3x5 slot release Super Sunny Fruits: Hold and Win, the latest addition to its Fruits portfolio of games.

“Now including the immersive new Super Sun Bonus symbol, we feel confident that the release will be warmly received by our partners and their players.”

“Gamomat is constantly looking to diversify its entertainment offering, Crystal Strike is a shining example of our commitment to creativity,” said Gamomat Distribution managing director Axel Niemann. “We’re thrilled with the results and sure our partners and players will be too.”

Nolimit City has released its first game of the year with the launch of 5x3 slot San Quentin xWays.

“We always try to push the limits and find new ways of building new mechanics and portrait our slots - San Quentin xWays is no exception to this,” said Nolimit City product owner Per Lindheimer. “You might see similarities with the smash hit Punk Rocker - gritty, mean and explosive. Welcome to San Quentin - make sure to choose your friends with care.”

Real Dealer Studios has launched the second title in its baccarat series with the release of Real Baccarat with Courtney.

“Real Baccarat with Courtney is the second title in our recently-launched baccarat series and uses the same successful formula we have perfected with our other titles to deliver a unique, compelling player experience,” said Real Dealer Studios chief product officer Shane Cotter. “Our titles provide unrivalled levels of entertainment, allowing players to enjoy an authentic, private table experience but with the added convenience of online play. Our games allow operators to differentiate themselves, and Real Baccarat with Courtney takes this to the next level.

“We are excited to see Real Baccarat with Courtney land in the lobbies of our existing partners and to also use the launch to engage with new potential partners looking to add unique, quality content to their portfolios.”

Quik Gaming has launched the first title in its new suite of live roulette games with the release of SuperBlocs.

“SuperBlocs is just a teaser of what Quik is up to, and it's only just gotten started,” said Quik Gaming game producer Jade Pecorella. “We are building the better known aspects of the best of two worlds with the aim of setting up the next level of play.

“SuperBlocs is a game which hasn’t been seen before, based on a game that all players are familiar with. It’s a whole new spin on the classic Roulette game, but it’s never looked so tempting. From watching the patterns fall to winning super multipliers when the Blocs lock - with an all live, no-dealer experience - the game truly enables a player to focus and soak up the game, enhancing the overall game experience.”

“We provide a wealth of entertainment that appeals to all types of players,” said Play'n GO chief product officer Martin Zettergren. “The diversity of our portfolio means that we possess the content that brings success in any market that we are present in, or will enter into, in the future.

“By catering to a broader range of players with our entertainment, we allow our operators to broaden their audience and get more value, through one supplier.”