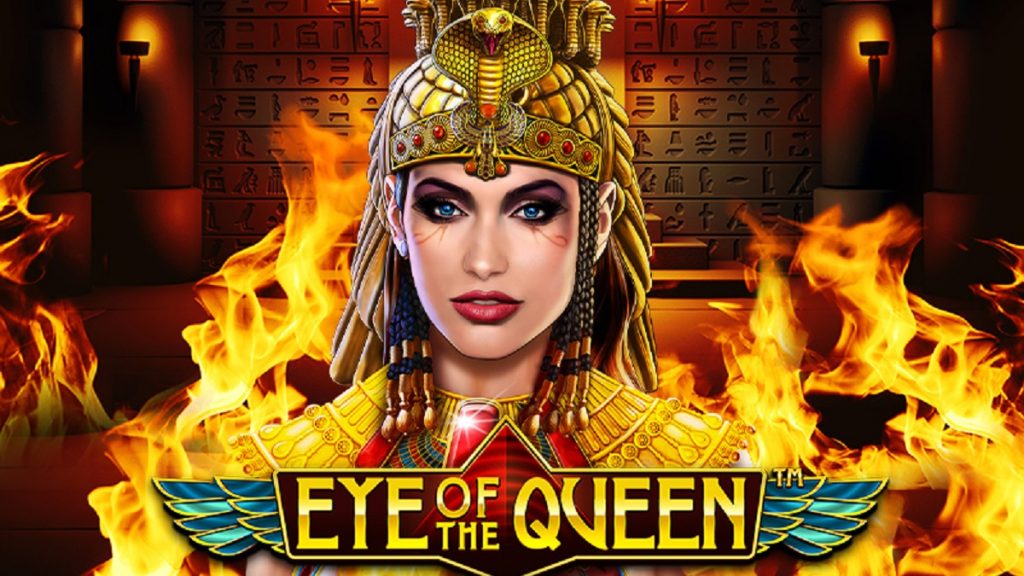 Greentube’s Eye of the Queen

Novomatic’s interactive division Greentube has expanded its Home of Games portfolio with the launch of its latest slot Eye of the Queen.

The Egyptian-themed slot takes players to the heart of Egypt as they are invited by the royal Queen herself to spin the reels in a 5-reel slot with 10 win lines and extra features.

The title offers players Expanding Wild symbols that increase winning chances when they appear, as well as a Free Games feature that comes with 12 Free Games and symbol upgrades that increase the amount players can win.

Dragon Tiger is a multi-player card game, with the objective to bet on which card has the highest value – Dragon, Tiger or an equal amount resulting in a tie.

“Our live casino offering continues to be extremely well received across the globe and we’re very happy to bolster it with Dragon Tiger,” said Pragmatic Play chief business development officer Yossi Barzely. “An exciting, fast-paced game sure to appeal to players globally, it is yet another example of our dedication to bringing engaging Live Casino games to players worldwide.”

Aspire Global-owned Pariplay is taking players into the jungles of Central and South America with its new Mayan-themed slot Book of Itza.

“Book of Itza presents an exciting and mystical experience for adventure-seekers,” said Pariplay chief commercial officer Christine Lewis. “The features built into the game offer the chance for players to land huge stacks of treasure and we believe that this win potential, coupled with the slick presentation, will prove to be very popular for our operator partners.”

BF Games has announced the network-wide launch of its Cave of Fortune slot following a week-long exclusivity period with BetVictor.

“Cave of Fortune is a title that we are extremely proud of as it takes our content to the next level,” said BF Games CEO Piotr Szpoton. “A great math-model and thrilling features paired with the fantastic work done by our art team makes this a game that stands out. We are sure it will appeal to the existing fans of our content as well as attracting a new audience.”

“This is a great addition to our suite of classic slots and will undoubtedly appeal to a wide range of players due to the way it combines elements of both retro and modern games.”

“We’re proud to unveil Divine Links to the industry. With the introduction of innovative features such as Lucksome Locks, a different approach to tried and tested mechanics, like Lux Reels and more detailed player information on how our games’ will play, we’re ushering in a new illuminating and exciting gaming experience for players across Europe and beyond,” said Lucksome director Bryan Upton.

“This is just the beginning of our journey and we’re looking forward to bringing more entertaining titles and features to the marketplace over the coming months.”

High 5 Games has expanded its portfolio with the release of its latest slot Run Amuck.

“We are currently creating around 20 new games every quarter globally and believe this is why global online giants like bet365 and The Stars Group are clients,” said High 5 Games director and client partner Lauren Gazneli. “Run Amuck’s 7x7 reel game involves players having to avoid slipping on filthy lucre they negotiate through the gooey chemical creatures that rule the petri dish.”

“Showcasing a revolutionary combination of skill and RNG elements, Neon Shapes offers a futuristic entertainment experience of peerless quality to players across the globe,” said Evoplay CEO Ivan Kravchuk. “Tailor-made for lovers of strategy gaming, the release’s exciting features make the gameplay simple yet compelling, and we can’t wait to continue introducing exhilarating titles to our ever-growing international audience.”

“We’re embarking on an audacious adventure to a faraway land in Divine Dragon: Hold and Win, and players can expect to find immersive sounds, inviting symbols and innovative mechanics along the way,” said Playson head of product Vsevolod Lapin. “We have continued to attract a wide variety of different audiences in regulated markets across the globe because of premium quality games such as this.”

Realistic Games has released the final game of its Electrocoin partnership with the launch of Red Bar.

The release of Red Bar brings the total of Realistic’s Electrocoin remakes up to eleven, with the collection of titles including Bar-X, Super Bar-X and Bar-X 7even.

“Red Bar completes a fantastic collection of original land-based games that have become staples of Realistic’s portfolio over the last six months, achieving a stickiness that is often hard to gain,” said Realistic Games commercial director Robert Lee. “The level of retention the series has experienced is testament to the reputation of Electrocoin’s slots and also the talent of Realistic’s studio.”

Electrocoin president Gabino Stergides said: “Together with the Electrocoin team, Realistic’s brief was to make sure that these iconic games would live on in the digital era and could be enjoyed by online players for years to come.

“Our games have such longevity that they continue to attract new audiences almost four decades after they were first released and it is a source of great pride to see them meticulously recreated in the online environment.”

Habanero’s Return to the Feature

Habanero has launched a new 1980s-themed slot game, Return to the Feature.

“We are thrilled to launch Return to the Feature, a sensational slot steeped in old-school charm allowing players to jump into a time machine and turn back the dial,” said Habanero head of corporate communications Toni Karapetrov. “Although its theme harks back to the past, the game’s innovative gameplay features typify our progressive approach to content development, pioneering the future of iGaming with an impressive raft of new technology.”

Wazdan has released its latest Hold the Jackpot title, Sun of Fortune.

“Our latest hit takes the innovative Hold the Jackpot feature and brings it to a fast-paced 4x4 matrix grid,” said Wazdan chief commercial officer Andrzej Hyla. “With big Jackpots added on top of other stellar wins, we can’t wait to see how the game is received by our players globally.”

Booongo has expanded its game portfolio with the release of 5x3 slot Magic Ball.

“Magic Ball gives players the opportunity to see into a riches filled future and enjoy a beautifully-created slot environment,” said Booongo head of account management and business development Yuriy Muratov. “The bonus round offers players the opportunity to win huge amounts with special expanding symbols, and with a buy feature incorporated into the game, there’s more ways than ever for our fans to trigger the free spins mode.”

FunFair Technologies is taking players to a dystopian urban underworld in its latest slot release, CyberHunter 2080.

“We’re delighted with the look and feel of CyberHunter 2080 and are confident courageous players will love taking a time-travelling trip to the future for a taste of adventure,” said FunFair Technologies chief operating officer Lloyd Purser.

“The game’s futuristic visual effects and immersive symbols make for an enthralling entertainment experience, and we can’t wait to hear what players think. Watch this space for more exciting game launches in the months to come.”