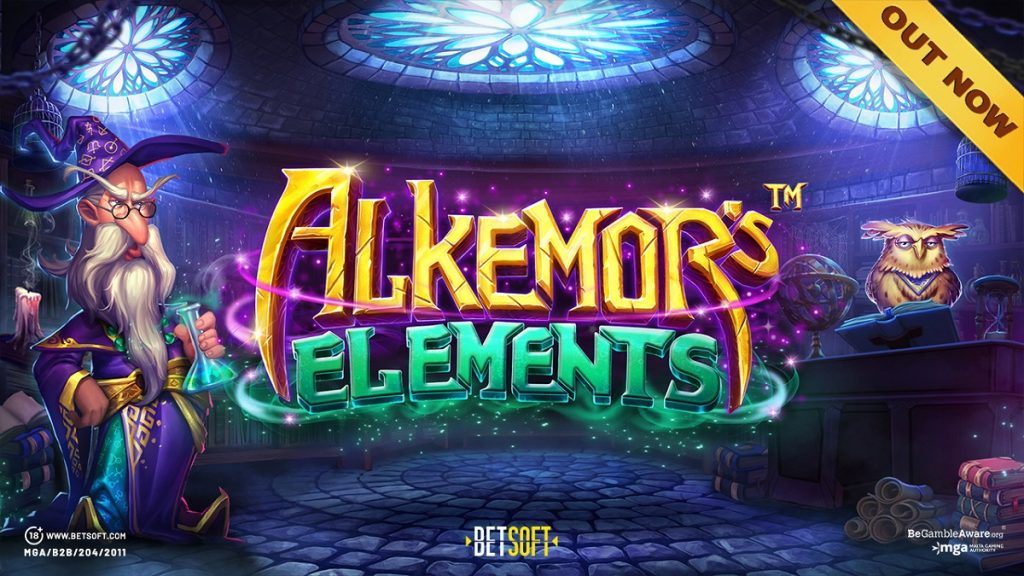 Betsoft Gaming has launched the sequel to one of its most popular slots with the release of Alkemor’s Elements.

“Alkemor’s Elements is a sequel that mixes a Betsoft staple, such as the progression counter for the game cycle, with an innovative free spins feature to make a very special release,” said Betsoft Gaming head of account management Anna Mackney.

Greentube has launched a revamped version of one of its most popular slots with the release of Book of Ra deluxe 10: Win Ways.

“There’s no denying that Book of Ra is by far one of the most successful slot franchises in Europe, so naturally we’re delighted to return to this iconic series once more,” said Greentube director of games development and operations Steve Cross.

“Embrace the chaos in our latest venture and bring another dimension of madness to your gaming experience,” said BF Games product owner Piotr Saluda.

“Napoleon has a strong brand presence in Belgium and we are very excited to bring VPP to Napoleon’s customer base to enjoy online and on mobile,” said Steve Rogers, chief commercial officer of Virtuals at Inspired.

Pragmatic Play is taking players on an archaeological expedition in its latest slot release Spirit of Adventure.

“Players enjoyed the addition of wild patterns in recent release Eye of Cleopatra, so including this feature in North Guardians while also adding additional mechanics and an upgradable pattern system within a popular Viking theme has created a standout hit,” said Barzely.

iSoftBet has taken an iconic retro theme and added some juicy twists in its latest release Triple Fruit Deluxe Megaways.

“Players can really indulge themselves in our latest release Triple Fruit Deluxe Megaways, as we look to bring our innovation to the classic retro theme that is fruit-style slots,” said iSoftBet head of games Mark Claxton.

Evolution-owned Red Tiger has expanded its portfolio with the launch of Dragons Clusterbuster.

Pragmatic Play has rolled out its casino and bingo content this week with Begame Group brands such as Peachygames, Fruitkings, Casushi and Playsunny.

“Begame Group is a rapidly growing company with a reputation to match, and their ambition really struck a chord with us,” said Pragmatic Play’s Barzely.

Pragmatic Play has also expanded its partnership with Estelarbet to launch its bingo vertical in Brazil and Chile.

“We are pleased to be expanding upon our initial agreement with Estelarbet, over the past year our current deal has seen impressive engagement from their customers,” said Pragmatic Play vice president of Latin American operations Victor Arias.

“Our Ignite program is one that gives studios a proven path to market and we are very proud to welcome Spinberry to the Pariplay family and to support their online debut and help propel their digital growth,” said Pariplay director of partnerships Callum Harris.

Pariplay has also expanded its Fusion casino aggregation platform through a new partnership with Leap Gaming.

“We are extremely grateful to be able to welcome Leap into our offering and look forward to developing what we are confident, will be a positive and productive relationship for the both of us,” said Harris.

Relax Gaming has partnered Gaming Realms to develop a new Slingo game based on its hit Money Train series of slots.

“We have worked successfully with Relax Gaming since 2019, so we are excited to be expanding on our existing aggregation partnership,” said Gaming Realms commercial director Gareth Scott.

Betsoft Gaming has expanded its presence in Spain’s regulated iGaming market through a new deal with Orenes Group-owned operator VERSUS (formerly Vivalasuerte).

“Reinforcing our presence in the Spanish market is very important to us,” said Betsoft Gaming head of account management Anna Mackney.

Yggdrasil and Reflex Gaming have launched their latest collaboration with the release of motorcycle-themed slot Hell’s Hogs.

“Central to our product strategy is giving players everything they want and even some things they don’t know they want,” said Evolution chief product officer Todd Haushalter.

Bragg Gaming’s ORYX Gaming has expanded its presence in the regulated Dutch iGaming market with a deal to power Betnation’s online launch.

“Bragg continues to be the supplier of choice for operators as our reputation for consistently delivering a top-class product is allowing us to achieve our ambitious growth objectives,” said Bragg chief commercial officer Chris Looney.

“We are delighted to bring the best of our in-house slots branding to a world-class game show exclusively for the Ladbrokes brand, this cements our position as the home of game shows, thanks to the joint effort and collaboration between Playtech, Ladbrokes & CR Games,” said Entain Live Casino commercial and product manager Adam James Lahouiri.

Light & Wonder has expanded its OpenGaming platform in the US through a new partnership with Konami Gaming.

“This landmark aggregation deal is a huge moment for Light & Wonder as we grow our content offerings in the United States,” said Light & Wonder partnership director Steve Mayes.