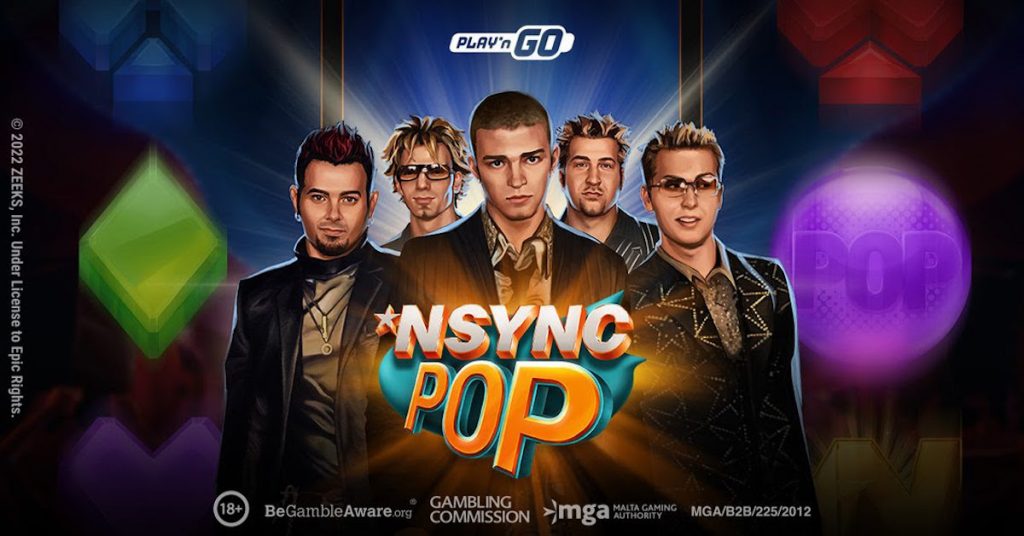 Play'n GO has welcomed '90s boy band *NSYNC to its music hall of fame with the release of *NSYNC Pop.

“We’re dedicated to making sure that our portfolio has something for everyone and as our Music IP titles continue to hit the right notes with our players, we’re excited to keep expanding,” said Play’n GO head of games Charlotte Miliziano.

“This game has it all – an epic intergalactic showdown, fantastic characters, thrilling graphics, and features that make each spin an adventure,” said Evolution head of business development James Jones.

Betsoft Gaming invites players to ride with Helios and open his Book for winning opportunities in this 5 reel, 10 fixed paylines title, Book of Helios.

Pragmatic Play is inviting players to engage with its sweetest release of the year, Sugar Rush.

“We are so excited to deliver a sweet treat to our audiences just in time for summer, arriving in the form of a delectable new slot,” said Pragmatic Play chief business development officer Yossi Barzely.

Yggdrasil has partnered with Jelly to transport players to the deep west where majestic beasts roam the Native American lands in Buffalo Blox Gigablox.

Evolution has rolled out its wide-ranging online live casino offering for operators in West Virginia.

“We are so happy to bring our live dealer games to players in West Virginia,” said Evolution commercial director North America Jeff Millar.

NeoGames subsidiary Pariplay has added poker to its Fusion platform through a deal with EvenBet Gaming.

Bragg Gaming and Kalamba Games have expanded their distribution partnership to include North America.

“We’ve enjoyed a successful partnership with Kalamba over the last five years as their iGaming content has proven to be in demand with players,” said Bragg Gaming Group president Americas Kent Young.

Aspire Global’s Wizard Games has agreed a deal to provide its games to BetMGM players in New Jersey.

“Our partnership with BetMGM is one we’re extremely proud of, so naturally we are delighted to be expanding into New Jersey, one of the most iconic gaming markets in the US,” said Wizard Games managing director Joey Hurtado.

Malta-based SoftSwiss has expanded its game aggregation platform with the addition of titles from 3 Oaks Gaming.

“It’s a significant step for us to start a partnership with such a reliable iGaming provider as SoftSwiss,” said 3 Oaks Gaming managing director Sebastian Damian.