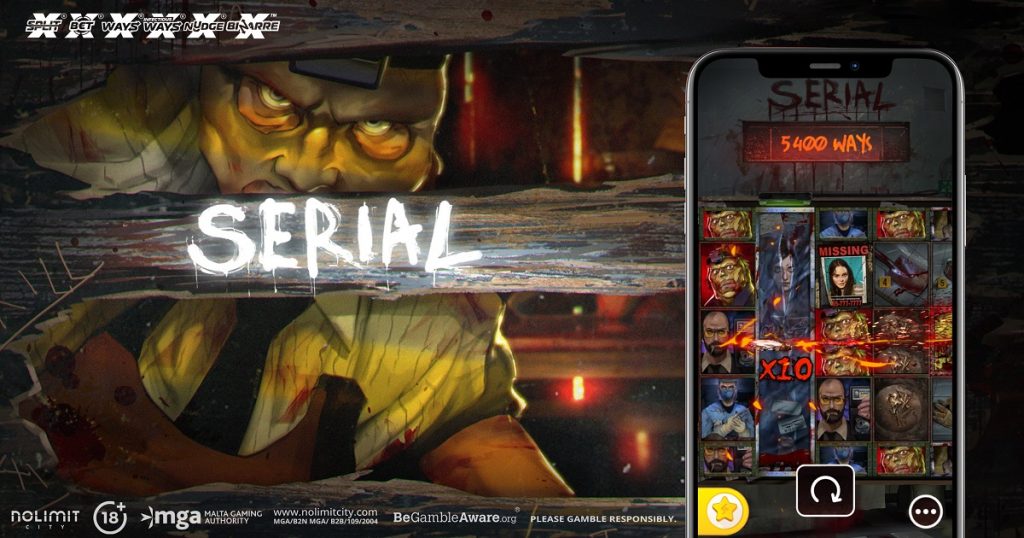 Evolution-owned Nolimit City has released its latest darker-themed slot with the launch of Serial.

“To put it lightly, Serial is not for the faint of heart,” said Nolimit City product owner Per Lindheimer.

Play’n GO has launched a sequel to one of its most popular Ancient Greece-themed slots with the launch of Rise of Olympus 100.

“Rise of Olympus is such a huge hit for us,” said Play’n GO head of games Charlotte Miliziano…

“We are proud and excited to be working with BetVictor, one the world’s leading gambling companies,” said Playtech vice president commercial George Voyatzis.

Pragmatic Play has extended its reach in South Africa through a partnership with operator World Sports Betting.

“South Africa and the wider African market provide an opportunity for additional growth that we are keen to continue exploring,” said Cornides.

Pragmatic Play has also extended its footprint in the Brazilian market, taking three of its verticals live with Aposta Brasil.

“Our reputation in the region goes from strength to strength thanks to our rollout with Aposta Brasil and provides yet more Brazilian players with access to our ever-growing library of content,” said Pragmatic Play vice president of Latin American operations Victor Arias.

BF Games has signed a deal to provide its portfolio of slots to Meridianbet.

“Meridianbet is a leading operator in Southeast Europe with a large customer base and this deal represents a major growth opportunity for BF Games,” said BF Games head of business development Claudia Melcaru.

Evoplay has extended its network of operator partners through a new supply deal with Novibet.

Yggdrasil is preparing for a festival of football with its latest slot release Firekick! MultiMax.

“We’ve well and truly got world cup fever here at Yggdrasil and we’re delighted to kick off the global festival of football with the release of our latest slot Firekick! MultiMax,” said Yggdrasil head of product and programs Stuart McCarthy.

Endorphina is getting ready for the upcoming FIFA World Cup with the release of Football 2022.

In the game, players can choose their team of choice, compete in matches, and unlock special rewards to kick off an adventure of their own...

Pragmatic Play has also launched a new football-themed slot with the release of Spin & Score Megaways.

“Spin & Score Megaways arrives as the popularity of football is at an all-time high with international tournaments on the horizon,” said Cornides.

Gaming Corps has expanded its portfolio with the release of its latest Mine game, Penalty Champion.

“Our strategy has always been to elevate and push boundaries within the genres that we develop games,” said Connor Blinman, head of games at Gaming Corps.

Digitain has expanded its iGaming platform with new content from Gaming Corps.