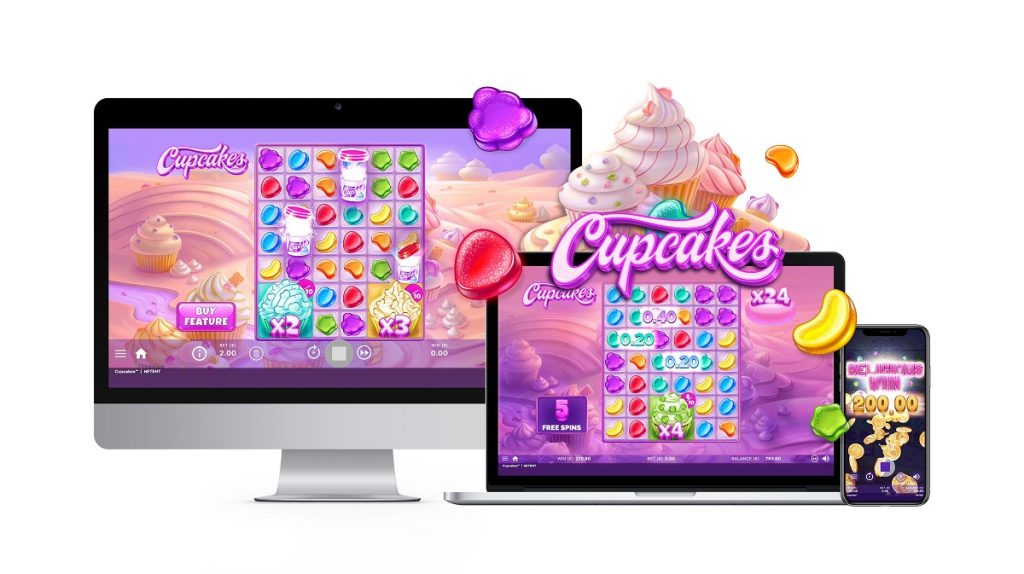 Evolution-owned NetEnt has expanded its slot portfolio with the launch of its sweet-themed Cupcakes game.

Relax Gaming is once again teaming up with Casino Grounds to launch a new fishing-themed slot Net Gains.

“We’ve seen unprecedented success with the release of Iron Bank and Beast Mode, so it was a no brainer to collaborate with the Casino Grounds team once more on what is yet another top-class release,” said Relax Gaming CEO Simon Hammon.

Betsoft Gaming is taking players on an enchanted journey to riches in its latest slot release, Woodlanders.

Novomatic-owned Greentube is inviting players to join them on its sweetest game to-date, Star Candy.

“Everyone at Greentube is extremely excited about the release of Star Candy and we couldn’t have asked for a more entertaining game to see out the year,” said Greentube director of games development and operations Steve Cross.

Play’n GO has released its latest Christmas-themed title with the launch of Naughty Nick’s Book.

“The holiday season is by far one of our favourite times of the year and this year, we decided to put a real Play’n GO spin on Christmas slots,” said Play’n GO head of games Charlotte Miliziano.

Endorphina has also launched a new Christmas-themed title with the release of Santa’s Gift.

“We are delighted to be working with Wunderwins,” said Betsoft Gaming head of account management Anastasia Bauer.

Evolution-owned Nolimit City has released its second cluster game with the launch of Pearl Harbour.

“We’ve chosen to revisit perhaps one of the most chaotic events in history, Pearl Harbor,” said Nolimit City product owner Per Lindheimer.

NeoGames-owned Wizard Games has put a twist on the usual Christmas festivities, with a bad Santa running amok in Naughty Nik.

“Just because it’s Christmas doesn’t mean everybody is on the nice list,” said Joey Hurtado, managing director at Wizard Games.

“Diamond Dazzle Bingo is an experience that gives players a sense of a familiarity with an in-game gamble feature, packing a punch with its high engagement level,” said Pragmatic Play vice president of bingo Claire McDaid.

Yggdrasil and Bang Bang Games have partnered up for their latest adventure in Rainbow Power Potz UltraNudge.

Yggdrasil and ReelPlay partners Hot Rise Games have combined once again to deliver Gods VS GigaBlox.

“We were blown away with the reception to Monsters VS GigaBlox not too long ago and it only felt natural to return to the series with a bigger and bolder game, Gods VS GigaBlox,” said McCarthy.

NeoGames-owned Pariplay has added Slotmill to its roster of Ignite partners through a new partnership with Slotmill.

“Expanding our Ignite programme is an important goal for us, and we’re delighted to welcome Slotmill into the fold,” said Pariplay director of partnerships Callum Harris.

Pariplay has also this week expanded its Fusion iGaming platform through an integration with ESA Gaming.

“Fusion gives us an exceptional reach for our strong range of content, and we’re delighted to be taking our offering live with a number of partners through the platform,” said ESA Gaming head of marketing Thomas Smallwood.

Pragmatic Play has expanded its virtual sports portfolio with the additional of Darts.

“Virtual Sports has established itself as a vertical in its own right over recent years and Pragmatic Play’s portfolio of revenue-boosting content makes full use of the genre,” said Pragmatic Play chief operating officer Irina Cornides.

“Azerion represents the fresh, contemporary face of online gaming and entertainment and is the perfect placement for our diverse slot content,” said Cornides.

Endorphina has entered into a new partnership with Bulgaria’s Inbet.

Sportingtech has significantly boosted its platform offering in Brazil with the addition of content from Gaming Corps.

“Gaming Corps’ high-quality content is proven to perform well with operators and players globally and its addition to our Quantum platform is a massively important move for Sportingtech,” said Bobby Longhurst, managing director at Sportingtech.