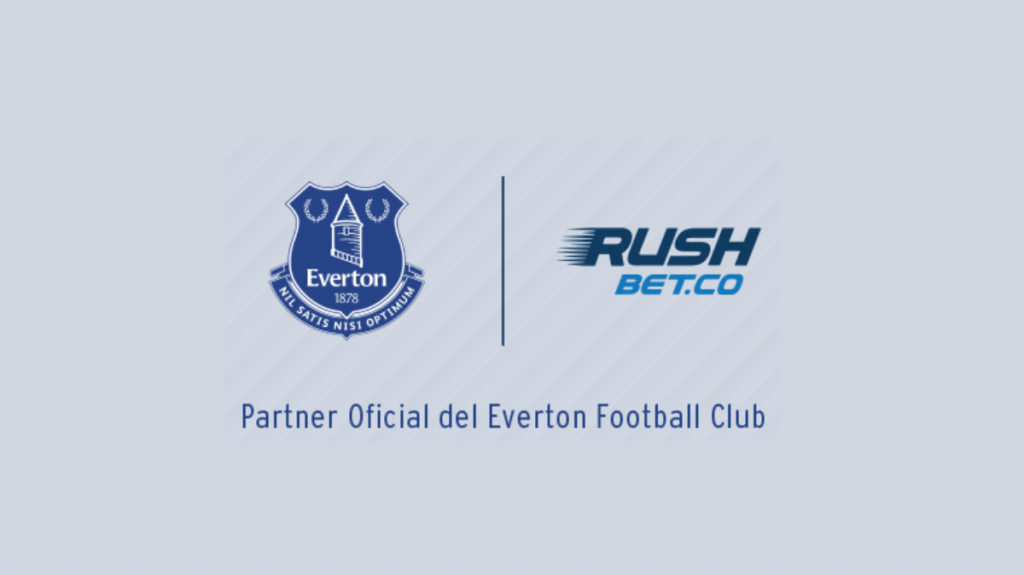 The partnership will build on the growing popularity of the club in Colombia, which is home to leading players James Rodriguez and Yerry Mina.

“Our new deal with Rush Street Interactive Colombia and its brand, which includes the Club featuring in a national television advertising campaign, shows the significant inroads we have made in South America and is part of our wider international growth strategy,” said Alan McTavish, commercial director at Everton FC.

“Rushbet.co is a new but dynamic and ambitious brand with lots of potential for growth. This new partnership will offer even more visibility to Everton in Colombia and allow us to work together to deliver maximum exposure, while offering an official betting service to our growing fanbase in South America.”

Omar Calvo, general manager at Rushbet.co, added: “We are proud that our first partnership in the Premier League is with Everton Football Club, and that we have become the Club’s first Colombian partner, as they seek to expand in the South American market.

“The English Premier League and the Everton brands are extremely powerful, and we believe that having two of our most beloved Colombians on their main team makes it stronger. Rushbet.co is ready to start one of the most exciting sponsorship journeys of 2021, offering our players a real and direct connection with one of the best soccer leagues on the planet.”