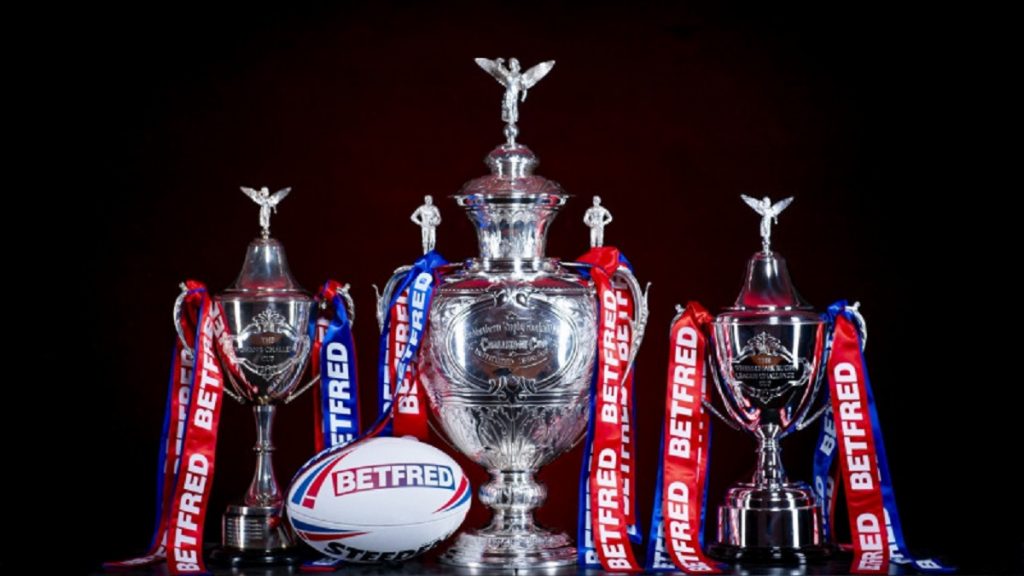 British bookmaker Betfred has secured a one-year deal to serve as the title sponsor of rugby league’s Challenge Cup.

The agreement adds to the bookmaker's long-running partnership with the Super League and also includes sponsorship of the Women’s Challenge Cup, as well as the Wheelchair Rugby League Challenge Cup.

All three Challenge Cups are currently held by Leeds Rhinos, whose Men’s team beat Salford Red Devils at Wembley last October, to follow the triumphs of their Women’s and Wheelchair teams in 2019.

“We are excited to announce an extension of Rugby League’s partnership with Betfred to include the Men’s, Women’s and Wheelchair Challenge Cups in 2021,” said Rugby Football League chief executive Ralph Rimmer. “The Challenge Cup is Rugby League’s oldest knockout competition and even in the challenging circumstances of 2020, we were reminded of its enduring appeal with a national television audience of 1.6m watching Leeds Rhinos beat Salford Red Devils in the first - and hopefully last - Final played behind closed doors.

“The Women’s and Wheelchair competitions are more recent additions to the Rugby League landscape but already they have a history of memorable moments, and after the frustrations of 2020 I know all our players and clubs will be relishing the prospect of returning in 2021.”

The Betfred Challenge Cup is set to kick off the 2021 Rugby League season on the weekend of March 21, with eight ties involving clubs from Betfred Championship and League 1, before the 12 Betfred Super League clubs enter at the Third Round stage on the weekend of April 11.

“Betfred have already shown their commitment to Women’s Rugby League by becoming the first title partners of the Betfred Women’s Super League in 2019, a reflection of the growing prestige of that competition,” continued Rimmer.

“I’m especially pleased that they will also become the first title partners for the Wheelchair Challenge Cup, and at the RFL we are delighted to have the opportunity to work with them to increase the profile of all three of our Challenge Cups - building on their support for the Women’s Super League and also Betfred Championship and League 1.

“We are convinced that sport will play a key role in the regional and national recovery from Covid through 2021, and determined that Rugby League and the three Betfred Challenge Cups will be a big part of that story.”

Betfred founder Fred Done said he was delighted to announce further support for the sport of Rugby League in what are incredibly difficult times.

“The Challenge Cup obviously has a rich heritage and I was also very keen to include both the Women’s Challenge Cup and the Wheelchair Challenge Cup in what is such an important year for the whole sport culminating with the World Cup in October/November,” he said.