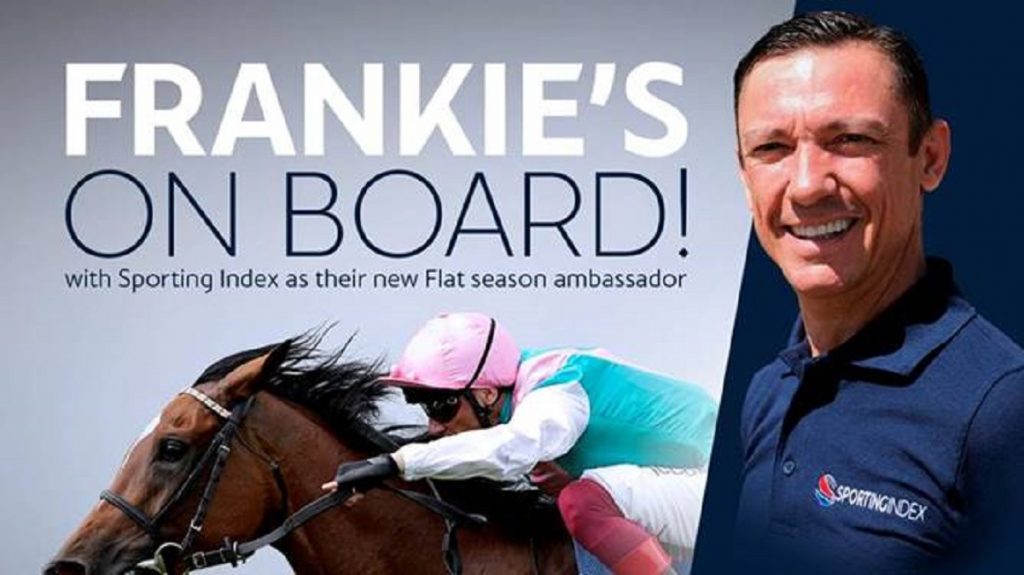 The partnership will see Dettori, widely regarded as one of the best jockeys of all time, carry the Sporting Index logo on his breeches and collar for the new Flat season, which recommences in the UK this week after a ten-week break.

Dettori has won 19 British Classics during an illustrious career, including two Derby wins at Epsom, and 251 Group 1 victories worldwide. He currently holds the Longines World’s Best Jockey Award and has done so for three of the last five years.

“Frankie is the face of Flat racing, if not horse racing as a whole, so it’s hugely exciting to have him as a Sporting Index brand ambassador,” said Sporting Index CEO Simon Trim. “He is often riding the most talked about horses of the season, like Enable and Stradivarius, and we’re delighted to be able to bring racing fans closer to that with his regular blog.

“Even though he has cost us plenty of money over the years, no-one has done more to promote the sport of horse racing and we couldn’t be happier to have him on board.”

Commenting on the partnership, Dettori said: “I’m over the moon to be joining Sporting Index ahead of the new Flat season. There are some top-quality horses that I can’t wait to get on this year, and I look forward to telling readers all about them.

“I saw over the winter that Barry Geraghty had plenty of success with Sporting Index on his breeches, so hopefully it’s the same for me too.”

Lottery drives AGTech revenue growth in first half of 2018