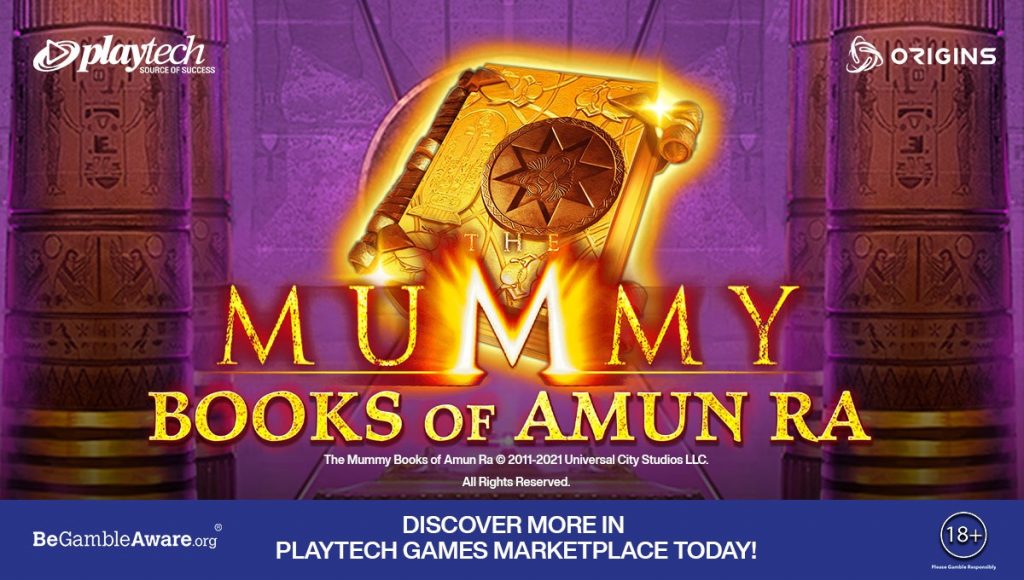 Playtech’s Origins studio has released a new Egyptian-themed slot game based on Hollywood movie The Mummy.

“It’s been fantastic bringing all the action and excitement of the iconic The Mummy film series to the new Books of Amun Ra game,” said Origins game producer Yehonatan Tishler.

Pariplay has also this week joined forces with Ainsworth Game Technology to distribute its online content in Latin America through its Fusion platform.

“Ainsworth is continuing our online growth strategy and this partnership with Pariplay will significantly strengthen our offering and further consolidate our position as a top-tier slot developer in Latin American markets,” said Ainsworth general manager of online Jason Lim.

Evoplay has expanded its slot portfolio with the launch of a new Egypt-themed game, Curse of Pharaoh.

“We are delighted with how our latest release has shaped up, exhibiting the intricate maths, technology and creative thinking that has gone into the design process,” said Evoplay.

High 5 Games has released medieval-themed slot Build Your Empire, a new game where players can create and rule their own kingdom.

Pragmatic Play has further expanded its partnership with Novibet to include its online bingo products.

“We’re thrilled to launch another vertical with Novibet so swiftly after launching our Live Casino offering with them,” said Pragmatic Play vice president of commercial strategy and operations Bhotesh Maheshwari.

Finally, Pragmatic Play has expanded its slot portfolio with the launch of its latest game, Treasure Wild.

“We’re back with yet another money collector concept in our latest release, and we couldn’t be happier with how it has materialised,” said Pragmatic Play chief business development officer Yossi Barzely.

iSoftBet has launched the latest addition to its Hold & Win portfolio of slots with the release of Outback Gold.

“Take a trip Down Under in our latest creation, Outback Gold,” said iSoftBet head of games Mark Claxton.

“We have a track record for pushing the boundaries in game development and are confident that reputation will grow thanks to this new partnership with Ellmount Entertainment,” said Relax Gaming chief commercial officer Daniel Eskola.

Play’n GO’s Charlie Chance and the Curse of Cleopatra