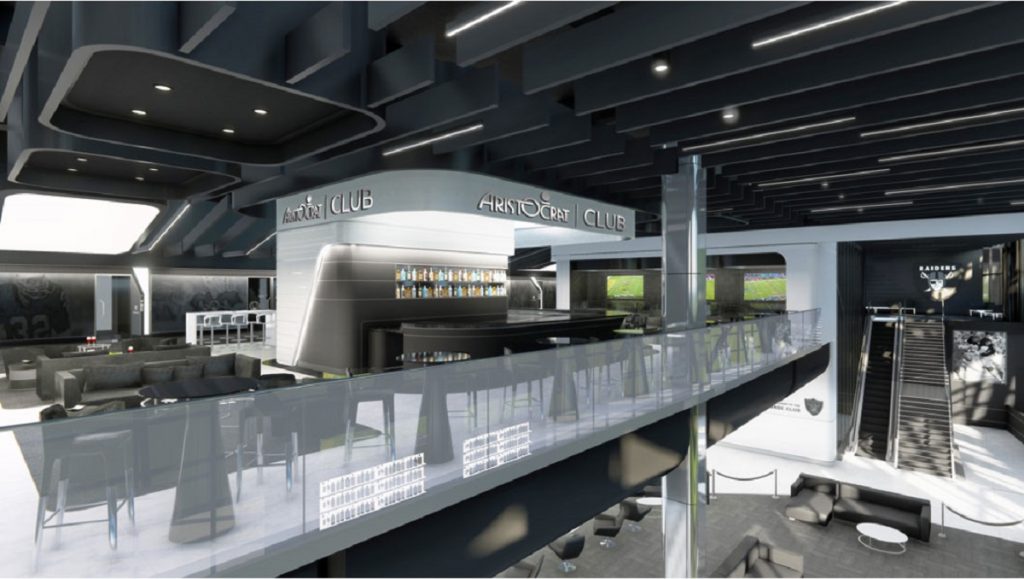 Gaming supplier Aristocrat Technologies has become the newest official partner of the NFL’s Las Vegas Raiders and its Allegiant Stadium.

Aristocrat has been named as an official partner for land-based gaming machines and certain digital social casino games, gaining access to prominent signage throughout Allegiant Stadium, including in-stadium and in-game branding and naming rights to the Owners East Club.

Additionally, Aristocrat will serve as the presenting sponsor of the Raiders 50/50 Raffle.

“We are thrilled to welcome the Raiders to Las Vegas and to score an exclusive casino gaming supplier partnership with the team,” said Hector Fernandez, president of Aristocrat Americas. “Las Vegas is the entertainment capital of the world, and as an exclusive partner to one of the most iconic teams in the NFL, we look forward to providing playful experiences for Raiders fans.”

Aristocrat joins MGM Resorts and BetMGM as official partners of the Raiders.

“The Raiders are excited to welcome Aristocrat Technologies as our newest partner,” said Raiders president Marc Badain. “Aristocrat is a great match as evidenced by their innovative technology and commitment to team up with the Raiders in giving back to the community.”

PointsBet adds president of product and technology to board of directors

Churchill Downs Inc. benefits from growth at TwinSpires in Q2

Aristocrat suspends dividend and aims to reduce costs by $100m