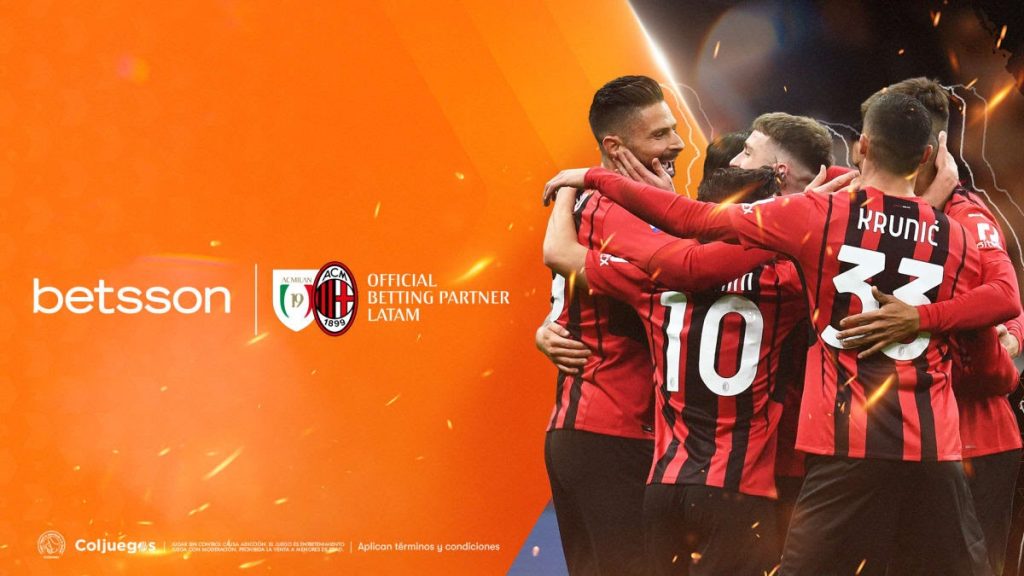 Stockholm-listed gaming operator Betsson has signed an agreement with Italy's newly crowned Serie A champions AC Milan to become an official regional partner for the club across Latin America.

The agreement will see Betsson gain exclusive rights to use AC Milan's IP in the region, including brand visibility on stadium perimeter LEDs, and on the club's official website and app.

The partnership with AC Milan will further raise awareness of the Betsson brand across LatAm, where the operator has been solidifying its presence in several markets in the past few years, including Brazil, Argentina, Colombia, Mexico, and Peru.

“The exclusive partnership with AC Milan in Latam strengthens our expansion drive in the region and allows us to broaden our content offering and collaborate with an innovation-oriented club,” said Betsson Group commercial director for South America Andrea Rossi. “Our shared goal is to offer a more modern and engaging storytelling of sports, creating high-quality entertainment for the Rossoneri fans in South America.”

AC Milan chief revenue officer Casper Stylsvig added: “Joining hands with Betsson helps us move closer to our local fanbase of over 75 million people. Latin America is a very special market for AC Milan and one where we truly feel the passion for the Rossoneri colours, so we could not be more excited to kick off this partnership.”

Shares in Betsson AB (STO:BETS_B) were trading 2 per cent higher at SEK66.30 per share in Stockholm earlier Friday.