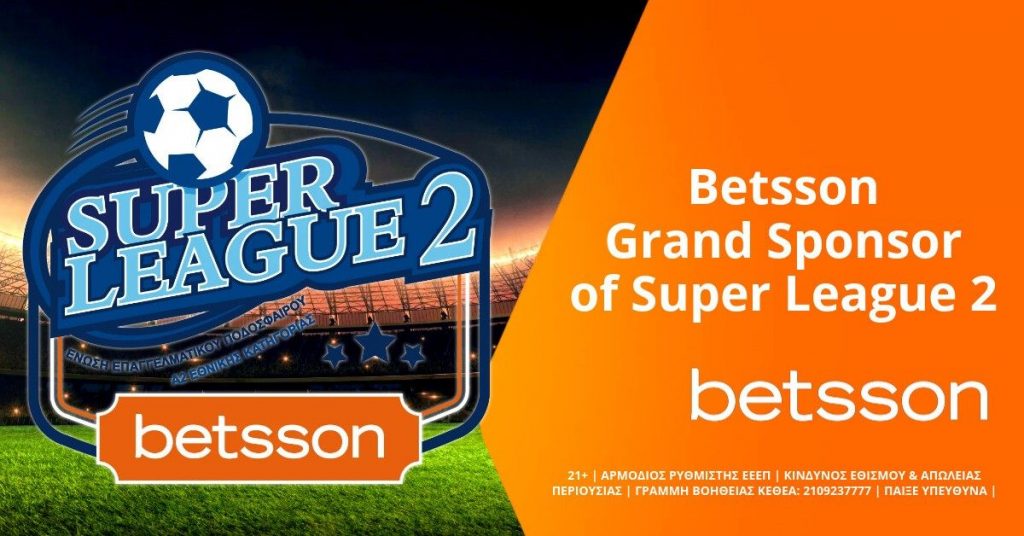 Online betting and gaming operator Betsson has extended its title sponsorship of the second division of Greek football.

For the second year running, the league will be known as the Betsson Super League 2, with the operator supporting the 30 teams participating in the championship throughout the 2022-2023 season.

“Betsson Super League 2 is one of our favorite sponsorships, as it allows us to support an event that geographically covers the entirety of Greece and consists of teams and football players who go all in to become champions,” said Thanos Marinos, managing director of Betsson.gr.

“This is the second year that the Betsson Super league 2 will feature Betsson’s colors. We are excited, and we are not alone – the organizing body, the league’s president Leonidas Leoutsakos, and all the teams are geared up to make this season one to remember and to uphold the virtue of fair play throughout the competition.

“All of us at Betsson wish a good league to all the players participating in the Betsson Super league 2 and we are eagerly awaiting to be with the fans in the football stadiums.”