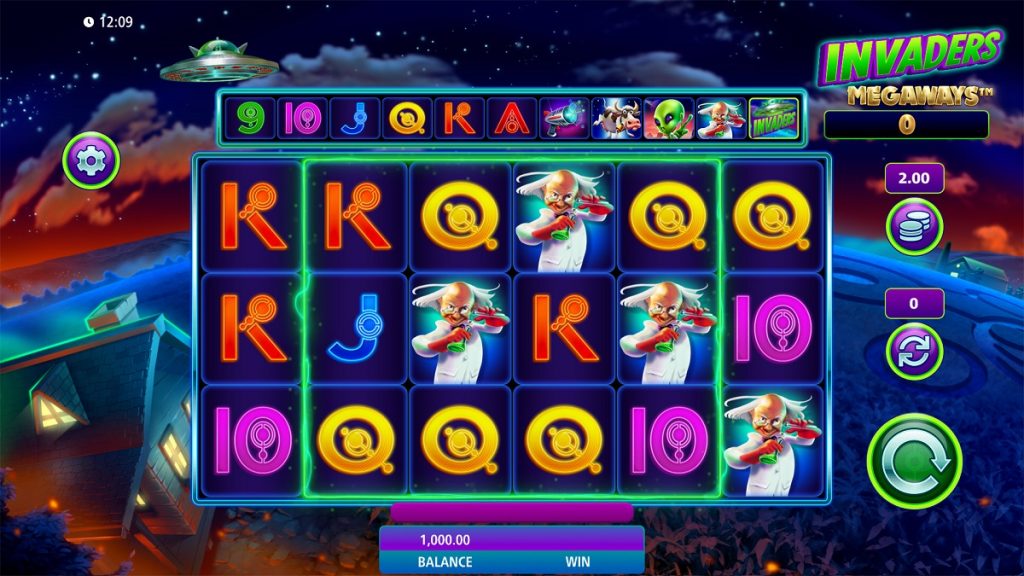 Scientific Games has gone live with its flagship iGaming release of the year, the space-themed Invaders Megaways which offers a feature on every spin.

Invaders Megaways is currently available exclusively to 888casino ahead of its general release through Scientific Games’ OpenGaming platform on June 15.

The new title features a retro style that takes inspiration from the company’s popular Invaders in the Planet Moolah slot, combined with Big Time Gaming’s Megaways mechanic to complete a rich features set.

The 6-reel slot is boosted by a unique feature, with a UFO landing on each spin to select a random symbol to turn wild when landing on reels 2 to 5. When a player hits four or more scatter symbols to win free spins, a random picture symbol is selected to act as a wild for the entire round. Each has its own modifier, ranging from expanding wilds to increased Megaways.

Players are also faced with the tantalising prospect of the Uni-Cow making an appearance in the base game. This results in all reels showing between 7 and 10 symbols, resulting in up to 1,000,000 Megaways and other-worldly win potential.

“Our customers enjoy having access to exclusive games on our platform, and it has been great to offer the opportunity to experience the excitement that comes from playing Invaders Megaways,” said Talya Benyamini, VP B2C Casino at 888. “We have a really strong relationship with Scientific Games, and this game is another example of bringing high quality content to our players.”

Rob Procter, digital content specialist director at Scientific Games, commented: “While a new Megaways release is guaranteed to cause a buzz, in the case of Invaders Megaways we have set new standards in terms of both presentation and gameplay to produce a fresh, exciting new playing experience.

“Having a feature on every spin in the base game adds variety and appeal and we are proud of developing a game that looks as good as this does while also making the very most of the Megaways mechanic. The Uni-Cow feature also adds a whole new level of appeal and we can’t wait to see player reactions when it drops.”

The release of Invaders Megaways adds to Scientific Games’ portfolio of titles incorporating the mechanic, with Jin Ji Bao Xi the next popular title to receive the Megaways treatment in July.