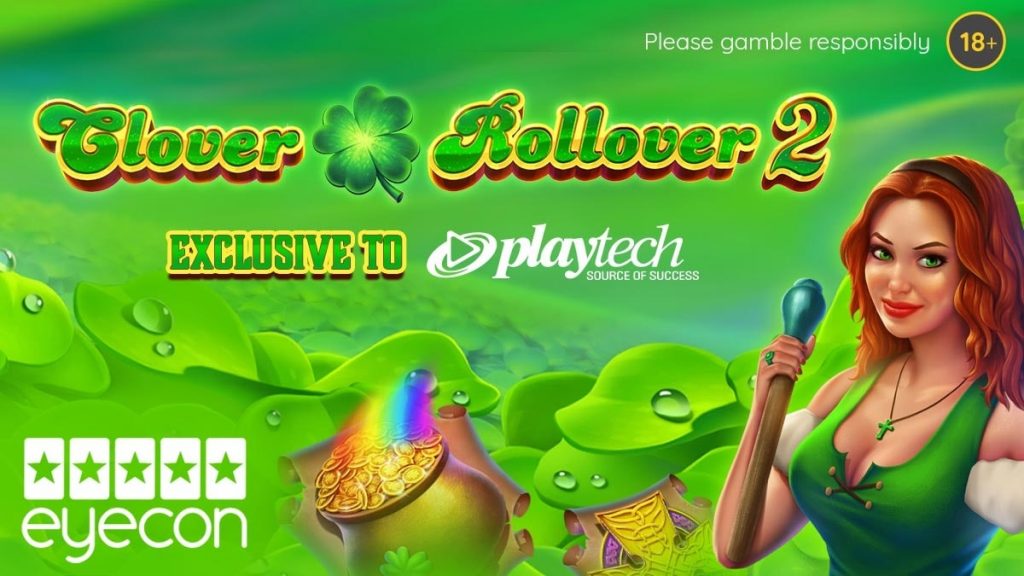 Clover Rollover 2 takes the engaging format of the original slot and adds vibrant new graphics and a new three-tier jackpot – the Mini, Maxi and Mega jackpots.

All three jackpots build and drop at various frequencies, meaning there are more chances than ever to win a jackpot, while the Mega Jackpot gives players a shot at a major win.

“For over 12 years, the original Clover Rollover has been one of the most consistently popular slots across the Playtech Bingo network - so we’re very excited about the potential of this highly anticipated sequel,” said Angus Nisbet, director of digital bingo at Playtech.

“The Eyecon team has done a fantastic job of updating the graphics and in-game presentation, and we know players will be excited by the chance to win three different jackpots, especially with wins triggering more frequently.”

Eyecon commercial director Paul Gielbert commented: “Everyone at Eyecon is very proud of Clover Rollover 2. The original Clover Rollover is one of the most recognised and popular slot games in the UK bingo market, so it’s hugely exciting to be bringing the sequel and our compelling three-tier jackpot to the Playtech Bingo network and beyond.”

Sky Betting & Gaming senior marketing manager for gaming Rob Norman added: “Some slots have a truly timeless appeal, and we’re delighted to be bringing a brand new spin on Clover Rollover to our players. With three different shots at a jackpot prize and more frequent wins, Clover Rollover 2 promises to be even more engaging for Bingo and slot players.”

Shares in Playtech plc (LSE:PTEC) were trading 3.2 per cent lower at 362.70 pence per share in London Thursday morning.