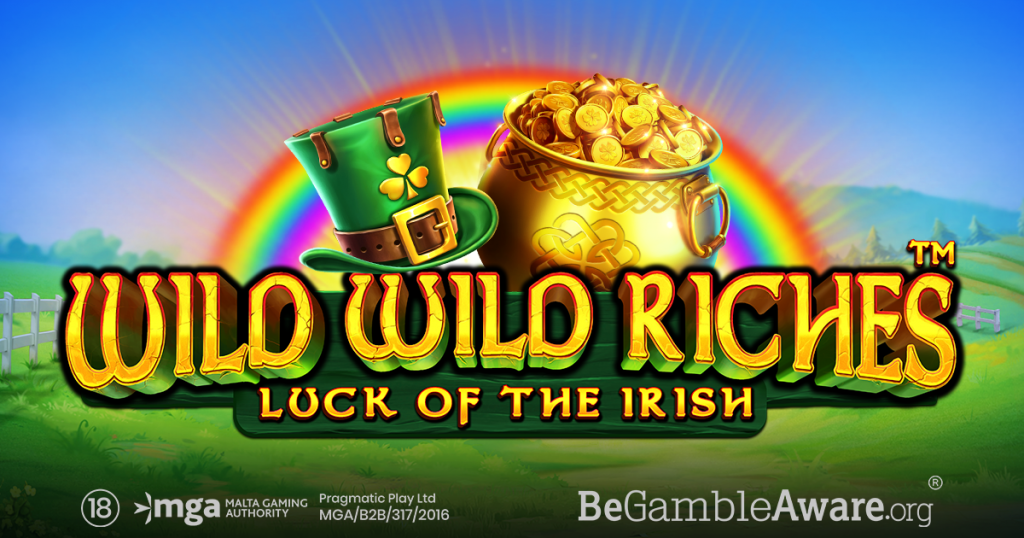 “Wild Wild Riches takes a classic, fun theme and adds plenty of feature-filled fun as bettors look to find big wins on the reels,” said Pragmatic Play chief commercial officer Melissa Summerfield. “Our roadmap continues to produce exciting content for our fans in markets all over the globe, and we can’t wait to see how it is received by our operator partners.”

Playtech’s Ash studio has released its latest slot Legend of Hydra, the second title in its Power Zones suite of games.

In the 5x6, 15,625-ways slot, the Hydra awaits players as they look to build Power Zones that transform symbols into monstrous wins. Players can unleash a Hydra feature on any spin for four powerful in-reel modifiers, or trigger up to 50 Mighty Hydra Free Games for lasting Power Zones that all transform into the same mystery symbol on the Mega Spin.

“Legend of Hydra is the second game in the innovative Power Zones suite,” said James Cook, games producer for Ash. “Building on the success of the first game, we wanted to introduce extra engagement by making a feature-packed game with 4 powerful on-reel features and a fillable meter for players to chase. Each feature can interact with each other, creating exciting situations for players across numerous spins.

“We believe Legend of Hydra is going to add a thrilling punch to the Power Zones suite, as well as our catalogue of games.”

Revamping its popular Super Stake feature, Mega Super Stake lets players place a side bet with every spin, allowing them to multiply each bet x2.5 for even more big win potential.

“Lion Gold is also the first slot to include our Mega Super Stake feature, which we have combined with Free Spins and Jackpots and our standard Super Stake option to ensure that players have a great chance of collecting plenty of gold, and big wins, of their own.”

GameArt has launched its first ever Megaways title with the release of fantasy adventure slot Rosh Immortality Cube Megaways.

“All of our games stand out from the crowd, but Rosh Immortality Cube Megaways takes things to a whole new level,” said GameArt CEO Stefano Picone. “By combining the uniquely rewarding Megaways features with a truly atmospheric fantasy world, led by feedback from player’s themselves, we’ve created something that’s sure to appeal to slots fans everywhere.”

“I think fans of the comic and the cartoon are going to love Popeye Slots as it captures the look and feel of the story perfectly, creating a sense of nostalgia and recognition that will be hugely appealing,” said Vibra Gaming CEO Ramiro Atucha

“Of course, we believe it will appeal to all player types and have made sure that it delivers a fun and entertaining experience with the chance to win big through the range of bonus features including Wilds, Respins and Free Spins.”

“We’re turning back the dial and setting off to the far-East in the thrilling new slot game, Feng Li Dragon,” said GAMING1 chief operating officer Sylvain Boniver. “With free spins, an engrossing theme and a scorching jackpot for players blessed by the gods of fortune, we’ve set the reels ablaze with a sizzling set of burning-hot gameplay features.”

RubyPlay has expanded its portfolio with the launch of Wolf Haven, a 5-reel slot based in sacred mountains where bears, eagles and wolves rule the wild.

“With the Megaways trend in the market, we thought we would join the party with our Big Reels feature in Wolf Haven, offering players up to 100,000 ways to win,” said RubyPlay chief operating officer Ittai Zur. “This is created by having any ways wins, 5 rows high and double symbols on the reels, and it makes for some serious action.”

1X2Network’s 1X2gaming studio has launched the first game in its new Battle Maidens series with the release of ancient Egypt-themed Battle Maidens: Cleopatra.

The game has been launched exclusively on LeoVegas and will be made available network wide from 30 September.

“Battle Maidens: Cleopatra is the next chapter in what is an incredible story and series of slots and we are thrilled to be launching it exclusively with our friends at LeoVegas,” said1X2 Network head of account management Rory Kimber.

“Battle Maidens: Cleopatra builds on the success of the first game, utilising the exciting concept whereby each bonus round can be very different to the last, and offers a new and fresh player experience thanks to its ancient Egyptian theme.”

Booongo has released the latest addition to its Hold and Win library of games with the launch of 3x5, 25 payline slot Thunder of Olympus.

“We are thrilled to release Thunder of Olympus, the latest addition to our growing Hold and Win portfolio,” said Booongo head of account management and business development Yuriy Muratov. “With a thrilling Ancient Greek theme and engaging gameplay, we can’t wait to see how it is received by our operator partners and fans across the globe.”

Yggdrasil’s Valley of the Gods 2

“Valley of the Gods became an instant classic from its simple but deep gameplay and thrilling re-spin rounds,” said Yggdrasil senior product strategist Jonas Strandman. “The sequel has everything we loved from the original and more. Packed with plenty of modifiers, Valley of the Gods 2 can turn any spin into a huge win up to 5481 times the bet for our fans across the globe.

“The new wild reel feature shows up on a regular basis and can give huge win combinations and combining it with a multiplier is marvellous. We are confident our partners and their players will love the game.”

Play’n GO has expanded its library of games with the release of 5x3 slot Feline Fury.

“Whether you’re looking for an epic fantasy adventure, a fun sci-fi slot or something playful like Feline Fury, you can get it all from Play’n GO,” said Play’n GO chief product officer Martin Zettergren. “We take the best ideas and fashion them into the most entertaining games, and that’s why so many people love our content.”

Kalamba Games has expanded its Joker series of games with the addition of 6x4 slot Joker Lanterns, exclusively distributed on the Oryx Gaming platform.

“The Joker titles are some of the most popular in our games portfolio with players enjoying the classic theme teamed with our engaging signature features,” said Kalamba Games chief operating officer and co-founder Alex Cohen. “With its huge potential returns, top-end volatility, and spooky elements, Joker Lanterns is sure to be a massive hit during the Halloween season and beyond.”

BF Games has rolled out the first title in its new Remastered series of games with the launch of Stunning Hot.

“We are excited about introducing the Remastered series which will include fresh versions of our most popular games,” said BF Games CEO Piotr Szpoton. “By revamping these titles, we want to attract a new and younger audience that are used to more refined graphics whilst still incorporating the aspects of our titles that players have come to know and love.”

The 3-reel, single payline slot captures the nostalgia of the low-tech classic, giving players the option of three game profiles - BAR-X 30, BAR-X 40 and BAR-X 50, with each offering maximum pay outs of 90x, 120x and 150x respectively.

“As one of the most successful land-based slots ever to hit the UK market, we are honoured to be bringing BAR-X to online players and have paid attention to every detail of the game to do the original justice,” said Realistic Games commercial director Robert Lee.

“We’re extremely proud of the result and look forward to players of all demographics being able to enjoy the 3-reel version of this absolute classic slot for a long time to come. This is the first of six Electrocoin land-based titles we will be releasing in the coming months.”

Blueprint Gaming has enhanced its popular Fishin’ Frenzy slot with the inclusion of its Power 4 Slots mode.

Retaining all the characteristics of the game, the slot now allows users to play across four sets of reels at the same time, ensuring there are more ways to trigger Free Games and catch big wins.

“Power 4 Slots presents players with an exciting new way of experiencing Fishin’ Frenzy, one of the most popular slots from our comprehensive games library,” said Blueprint Gaming director of marketing and relationships Jo Purvis.

“Since launching the four-reel set mode earlier this year, players have resonated with the concept and truly appreciate the increased chances of triggering bonus features. It made strategic sense for us to combine the timeless classic with the innovative feature.”

In the game, players venture out to the deepest ocean to find Lorelei, an enchanting mermaid whose songs guide players to the pearls that she guards, rewarding them with 15 free spins and the Fusion Minigame. This gives players the opportunity to combine Lorelei symbols to form even larger symbols and win up to 2000 times their bet.