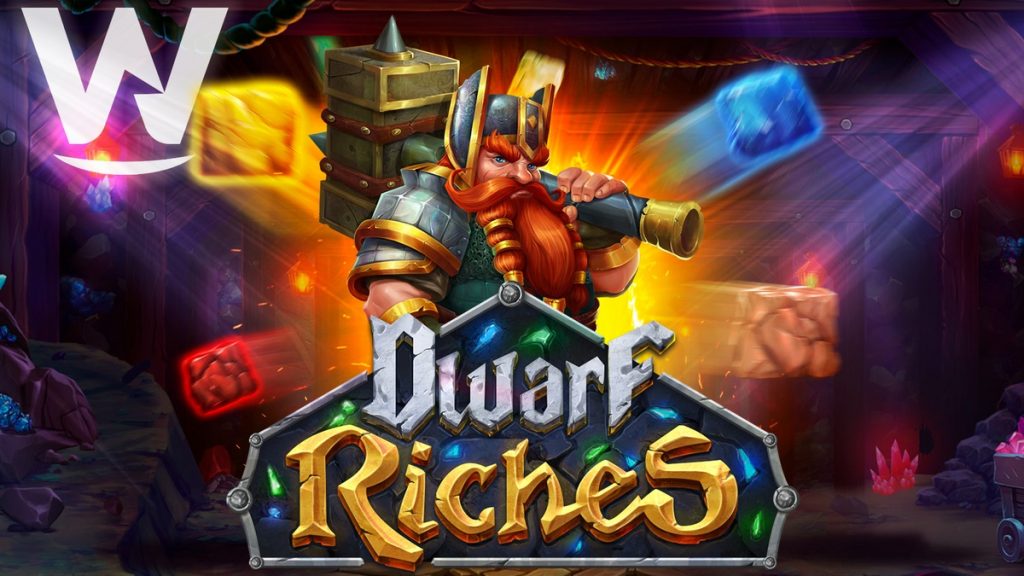 NeoGames-owned Wizard Games is digging deep into the earth in its latest slot release Dwarf Riches.

“Everything from the way the features play out on the grid to the visuals in the game, Cash of Command is a shining example of why Play’n GO games stand out in the industry,” said Play’n GO head of games Charlotte Miliziano.

Evolution-owned NetEnt and Red Tiger have expanded their presence in the regulated Dutch iGaming market through an agreement with Holland Casino.

“We are very happy to have partnered with Holland Casino Online," said Evolution head of business development James Jones.

Relax Gaming has launched the third game in its Dream Drop series of titles with the release of Volatile Vikings 2 Dream Drop.

“With delicious graphics and top-notch features, Burning Slots 40 is the perfect game for players to sink their teeth into this summer,” said BF Games product owner Piotr Saluda.

iSoftBet has expanded its slot portfolio with the launch of Wolf Canyon: Hold & Win.

iSoftBet has also bolstered its presence in Bulgaria through a new integration with operator Alphabet Gaming.

“We are thrilled to announce the establishment of our partnership with Alphabet Gaming and its subsidiary brands,” said iSoftBet chief commercial officer Federica Faggiano.

Yggdrasil and YG Masters partner ReelPlay have unveiled their latest collaboration with the launch of Professor Clank’s Combinator.

“Working with ReelPlay allows us to bring numerous concepts and excitement to the market through a plethora of unique titles,” said Yggdrasil head of product and programs Stuart McCarthy.

Endorphina is inviting players to travel back to Ancient Egypt in its latest slot release Glory of Egypt.

“Half of the year already passed and we are ready to show you the world of Ceasar and Kleopatra,” said Endorphina head of account management Gretta Kochkonyan.

“We’re continuing our summer vibes this month, with the launch of three different yet very colorful and fun games,” said Claire Osborne, vice president of Interactive at Inspired.

Pragmatic Play is taking players on a tropical adventure in its latest slot release, Tropical Tiki.

Pragmatic Play has also this week unveiled its Shining Hot series of slot games with four variations of the game initially launched.

“We’ve turned back the clock to roll out a wonderful collection of Vegas-style slot products,” said Barzely.

In addition, Pragmatic Play has expanded its live casino portfolio through the launch of two new variants of baccarat.

“Fortune 6 and Super 8 Baccarat allow us to bring a brand-new dynamic to one of the oldest and most popular casino experiences in the world and add additional decision-making to the classic game through unique side bet opportunities providing more ways to win,” said Barzely.

“Establishing a relationship with GiG is a massive win for our brand as we continue our mission of European domination,” said Evoplay chief commercial officer Vladimir Malakchi.

Evoplay has also this week released Burning Aces Jackpot, a sequel to one of its most popular slots.

“We’re pleased to offer another fantastic slot to our loyal player base, with the latest game themed around the exciting world of Las Vegas,” said Evoplay CEO Ivan Kravchuk.

“We are very proud to be working with one of New Jersey’s most iconic gaming brands,” said Playtech chief operating officer Shimon Akad.

“We’re delighted to see the fruits of labour culminate in the rollout of our products with another valued partner,” said Pragmatic Play vice president of Latin American operations Victor Arias.