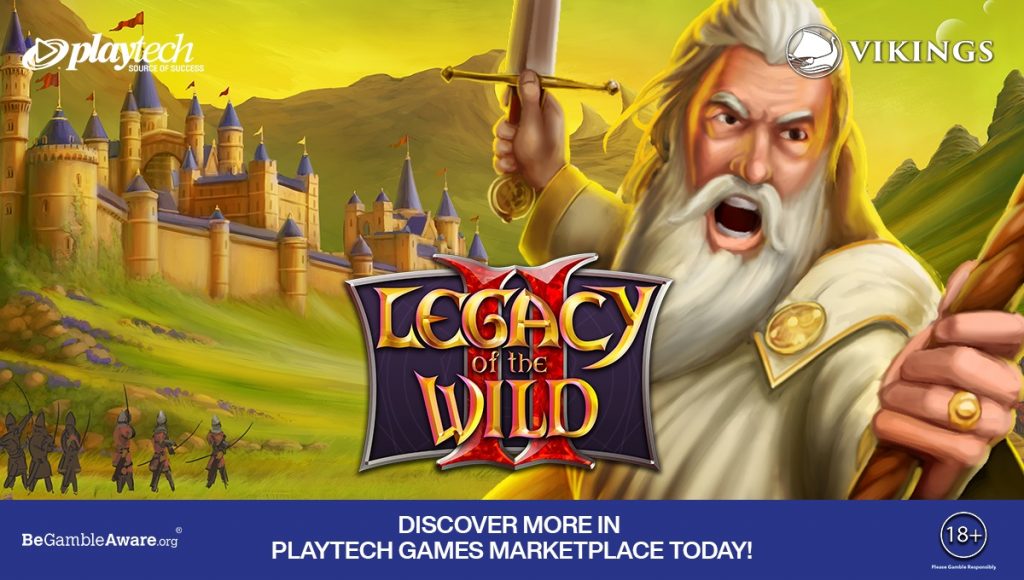 This week’s games round-up from Gaming Intelligence includes new releases from Playtech, Yggdrasil, Booongo, Realistic Games and Wazdan, among others.

Playtech’s Legacy of the Wild 2

Playtech’s Vikings studio has released the sequel to popular slot Legacy of the Wild.

The new 6x5 game offers 60 betlines and six rows of cascading symbols, with a magic book of spells evaporating low win symbols off the reels for respins with bigger wins.

“The original Legacy of the Wild is one of Vikings’ most popular and enduring games, and we know players will be even more excited by the sequel,” said Andreas Bexelius, head of games development at Vikings. “When the Magic Wild book opens, it casts a spell to eliminate low-paying symbols - and with the chance to win up to 50 free games, there’s excellent win potential here.

“Rock the Cash Bar is another fun-fuelled adventure made possible with the YG Masters program,” said Yggdrasil head of partner programs Stuart McCarthy. “Packed with features as players look to jump into the VIP area for big wins and exhilarating gameplay, we can’t wait to see how it is received by our operator partners.”

“Our products have performed consistently well through Yggdrasil’s distribution network and we look forward to another exciting product launch.”

“With massive symbols, plentiful wilds, and riches aplenty, Hyperburst turns visits to our tropical island into one of adventure and excitement. We are confident that our operators and their players will enjoy this very innovative game.”

Booongo has released the latest addition to its Hold and Win portfolio, Scarab Temple.

“Scarab Temple takes players to the mysterious lands of Ancient Egypt where riches fill the reels,” said Booongo head of account management and business development Yuriy Muratov. “With our popular Hold and Win mechanics combining with a lucrative free spins mode, Scarab Temple is set to be yet another engaging addition to our games offering. We can’t wait to see how it is received by our fans.”

“Big 7 is a favourite in the land-based world and it’s great to be able to enhance the title’s longevity by making it available to play online,” said Realistic Games commercial director Robert Lee. “Our Electrocoin series is continuing to perform strongly, not only attracting fans of traditional slots but new audiences too. With a similar gameplay to Bar-X but with a few added twists, Big 7 is set to be another big hit with players.”

Electrocoin president Gabino Stergides said: “Realistic have pulled it out of the bag once again with this latest Electrocoin online adaption, proving they were the natural partner with which to collaborate.

“Their attention to detail when recreating the land-based experience for online is what makes games like Big 7 stand out. We’re delighted with the outcome and look forward to seeing how the release is received.”

“Silverback Gaming’s philosophy is based on creativity, simplicity and elegance - and Mystery Stacks ticks all the boxes,” said Silverback Gaming founder and CEO Raphael Di Guisto. “This striking slot might have a classic feel and simple gameplay, but the design, soundtracks and fast-paced action elevates it to another level.”

“This traditional-style slot is sure to be a fan favourite and we can’t wait for players to experience the bright lights of Mystery Stacks.”

Wazdan has unveiled the latest addition to its Power of Gods series of games with the launch of Power of Gods: Egypt.

“Our thrilling Power of Gods series is back and this time it is more feature-filled than ever,” said Wazdan head of sales Andrzej Hyla. “With four separate bonus modes as well as a final gamble option to double a player’s winnings, it is sure to immerse all users.

“Our content portfolio continues to grow, bringing innovative mechanics and feature additions, and we can’t wait to see how Power of Gods: Egypt is received by our fans across the globe.”

Evoplay Entertainment is taking players to the high seas in pursuit of buried treasure in its newest slot Jolly Treasures.

“With something for everybody – we’ve been on a great roll with some hugely popular titles this year, and we’re sure that Jolly Treasures will prove to be another instant hit.”

Featuring songs from the band’s albums Keeper of the Seven Keys Part I and Part II, it is the latest music-themed slot from the supplier following the launch of Twisted Sister and Saxon.

“To create something new in terms of a mechanic is something we always strive to do - xPays is simple, yet fun - and creates an action-packed experience,” said Nolimit City product owner Per Lindheimer. “Monkey’s Gold xPays is not as volatile as our well-known xNudge and xWays games, but still boasts a massive max potential. Get ready to strike gold.”

BF Games has launched Stunning Hot 20 Deluxe Remastered, an enhanced version of one of its most popular games.

“Stunning Hot 20 Deluxe remains one of our most popular titles with it simple yet engaging game play,” said BF Games CEO Piotr Szpoton. “Instead of introducing new games with complicated algorithms and features, we wanted to keep the aspects that players love and revamp the graphics and sound to provide a fresh experience which is what we’ve done with our Remastered series.”

“We are delighted that Time Lab II - Olympic Games has already enjoyed such widespread success, and the impressive results we have achieved reflect the hard work and dedication of our talented team,” said R. Franco Digital commercial director Mario Benito. “The second iteration in our time traveler series, we have plenty more fantastic titles to come in the months ahead to entertain our fans across global markets.”