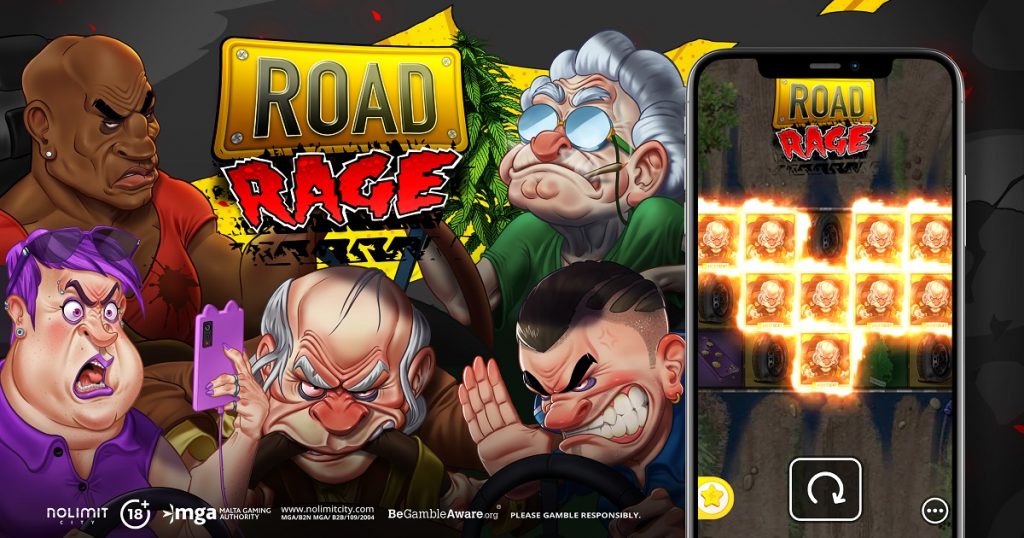 Light & Wonder-owned Lightning Box has expanded its slot portfolio with the launch of Lightning Blaze.

“Lightning Respin has become a fan-favourite mechanic with the feature now available in some of our most popular titles, including Lightning Gorilla, Lightning Shenlong and now Lightning Blaze,” said Lightning Box operations manager Michael Maokhamphiou.

Evolution-owned Nolimit City has been partying all night with its latest release The Rave.

“We’ve all been there; struggling, gnawing, and swearing in one way or another - making enemies with your fellow drivers and asking yourself how they’re still alive,” said Nolimit City product owner Sebastian Hovenberg.

IGT-owned iSoftBet is taking players out into open waters in search of prizes in the latest addition to its Apex Predator series, Ocean Hunter.

iSoftBet head of games Mark Claxton commented: “The Apex Predator series was one that sparked real imagination with our first release, Tyrant King Megaways, and we couldn’t be more excited to add a shark-inspired title to the mix, taking players deep into the territory of these fearsome creatures."

Yggdrasil and Northern Lights have rolled out their latest collaboration with the release of Prized Pets Gigablox.

“Prized Pets Gigablox is another exciting game using one of our most popular Game Engagement Mechanics, as we look to continue to explore new themes with a proven mechanic,” said Yggdrasil head of product & programs Stuart McCarthy.

Pragmatic Play has extended its partnership with operator Hollywoodbets to include the UK and Ireland markets.

“We’ve been working with Hollywood bets for a while now and so its professionalism and high standards are no stranger to us,” said Pragmatic Play chief business development officer Yossi Barzely.

Pragmatic Play has also expanded its presence in Brazil with a new multi-vertical agreement with operator Smashup.

“Another multi-product agreement shines a light on the importance of having a quality, diverse selection of products,” said Pragmatic Play vice president of Latin American operations Victor Arias.

“The SoftSwiss Game Aggregator is a global content aggregator that partners with some of the biggest operators in the market so we’re delighted to have joined forces, both because it’s been a pleasure working with them and because it opens up a whole new world of potential for Vibra,” said Vibra Gaming CEO Ramiro Atucha.

SoftSwiss has also expanded its platform through a new integration with live casino provider Beter.