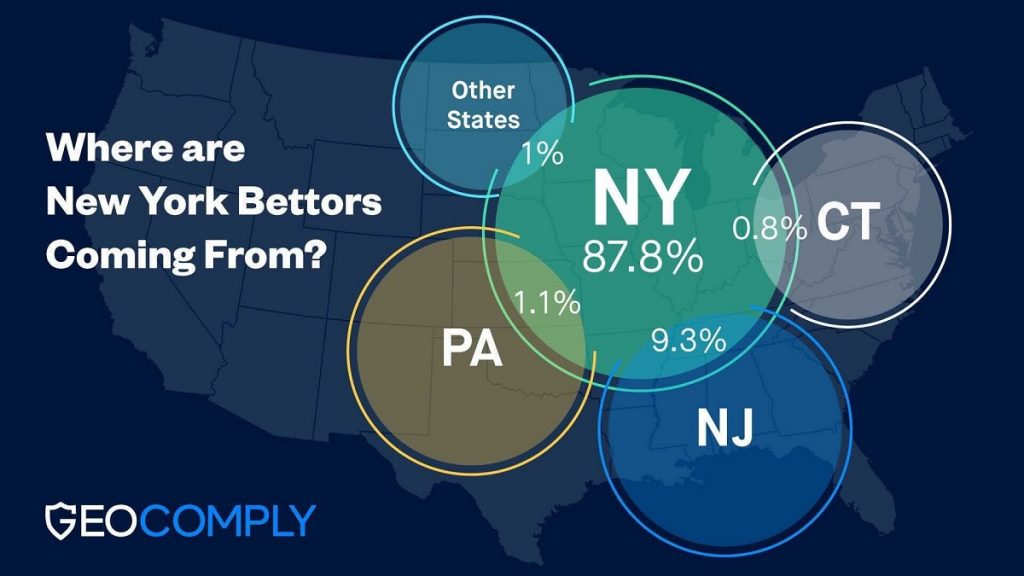 New York’s record launch of online sports betting continues to gather momentum as its second weekend proves busier than the first, according to new figures from GeoComply.

The geolocation specialist recorded 17.9m geolocation transactions this past weekend, up from 17.2m on the opening weekend.

“The momentum of New York’s sports betting launch has continued and it is mostly home-grown,” said Lindsay Slader, managing director of gaming at GeoComply. “The vast majority of users are brand new to regulated sports betting in the US. The data tell us that New Yorkers are dumping illegal sportsbooks for the new legal options and operators are also excelling at attracting first-time bettors.”

Since New Jersey launched sports betting in 2018, some New Yorkers have been crossing state lines in order to place a bet but New Jersey has not suffered from its neighbour’s newly regulated activity. It averaged 12.6m geolocation transactions on the two weekends prior to New York’s launch and 13.1m on the two weekends after.

However, GeoComply noted that 9.3 per cent of New York’s players have placed bets previously in New Jersey, compared with only around 1 per cent from Pennsylvania and Connecticut.

“New York hasn’t failed to dazzle us, but we are also impressed by the sustained growth of the overall sports betting industry,” said Slader.