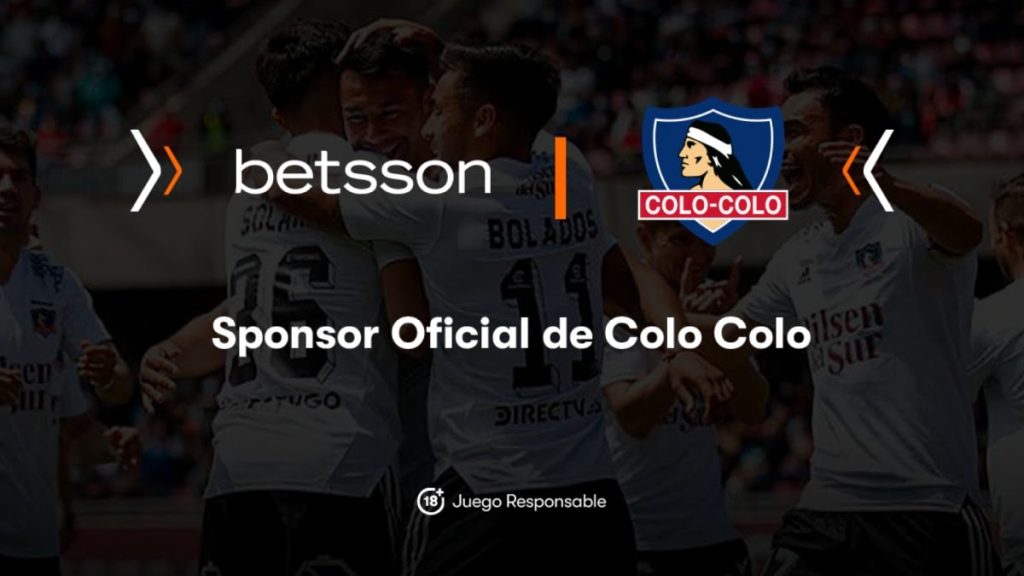 “In our drive of expanding in the region, we are also partnering up with local football clubs which we can support and grow,” said Betsson Group commercial director for South America Andrea Rossi. “Besides allowing us to further strengthen our brand awareness in the region, it also gives back to the clubs, allowing them to invest more in their players, staff and facilities making the sport we all love - football - more electrifying.”

Colo Colo is one of the most popular teams in Chile, having won the Chilean First Division 32 times and being the only Chilean team to have won the prestigious Copa Libertadores.

"We are very pleased about this sponsorship. Colo Colo is once again synonymous of great and good and attracting such commercial agreements," said Colo Colo president Edmundo Valladares. "This helps us in positioning ourselves as a very valuable institution, both from a sportive point of view and certainly also on the global arena which we, as leaders of football on a national level must have.”

The Colo Colo deal is the latest sponsorship deal for Betsson in Latin America, having last year sponsored the CONMEBOL Copa América, Peru’s Liga 1 and the Campeonato de Ascenso in Chile. Betsson is also a betting partner of the Chilean national team, La Roja.

“We are very proud to welcome one of the most important gambling operators in the world, Betsson, to our family of sponsors," added Colo Colo commercial manager Samuel Pérez. "We consider this agreement as a milestone and the beginning of a new stage for the club. Associating with a company with 55+ years of international experience will undoubtedly help us to improve Colo Colo’s positioning at a regional and global level.”