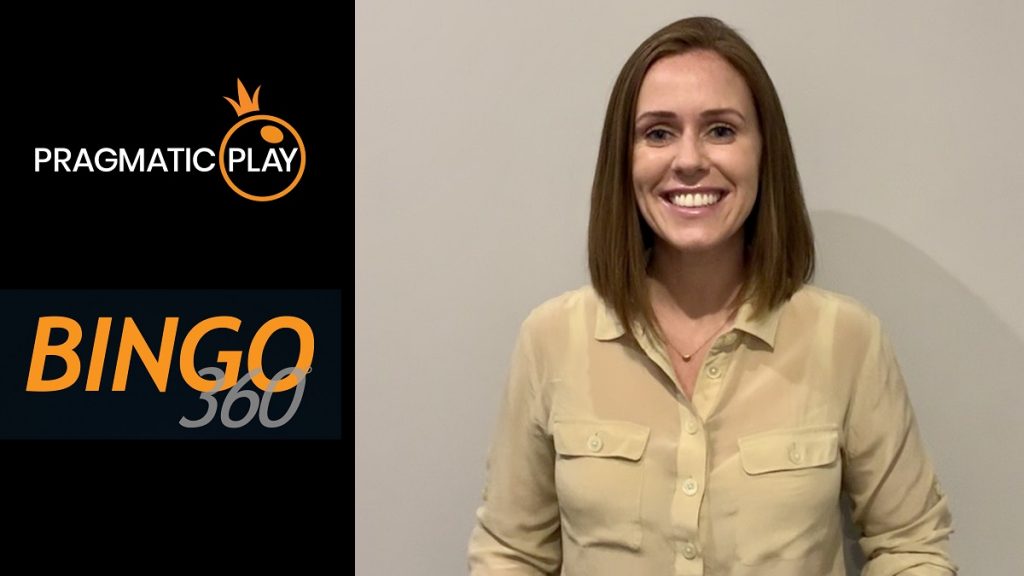 Following the departure of Cozy Games and Microgaming from the bingo market, there is room for a fresh bingo provider. In the latest feature in our Bingo360 series, vice president for bingo Claire McDaid says Pragmatic Play can fill a distinct gap in the market.

“What drove me to take the jump to B2B was sheer frustration - and I know other operators feel that frustration. I felt that the bingo product offering had really gone quite stale,” says McDaid. “There is an appetite for a provider that is both agile and innovative.”

“How do you get the innovation you are looking for when providers have one dominant operator who is dictating the roadmap,” she asks rhetorically. “It was very much my mission to make all of our partnerships equal across all of our customers.”

Pragmatic’s key differentiator from its competitors would be the independence of its product. You do not need to take an entire platform from Pragmatic to integrate its bingo product. It is integrated in the same way that you would integrate any of their slot games or any other products - via its single API.

“That has opened the eyes of a lot of operators who would not even look at bingo because of the burden of having to integrate a whole lot more than just the game,” says McDaid.

Pragmatic was just beginning on its bingo journey when McDaid was brought in to helm the bingo team. It needed the experience of somebody like McDaid if it was going to produce a product capable of competing with more established providers.

McDaid recruited a team and developed a fresh product that was ready for launch in December 2018. UK retail operator Palace Bingo was an ideal first client, says McDaid. It has three bingo halls in the South of England and knew it needed an online product to complement its land-based venues.

Pragmatic then launched its bingo network with five operators in May 2019 and it launched with LeoVegas brands: LeoVegas UK, Crown Bingo, Pink Casino and Legs Eleven in April this year. It is a solid foundation for a new business and McDaid has confirmed several more operators will be live before the end of the year.

“Pragmatic was quick to establish a reputation in slots and that was due to the ease of its integrations and the speed of delivery. We wanted to bring that to bingo,” says McDaid.

Thus far, it has delivered. McDaid’s team brought one operator to market in just four weeks.

“I don’t know any other provider who can do that,” she says.

Speed and innovation are key to McDaid’s approach and the bingo VP hopes that an innovative approach can entice a new demographic to her clients’ sites. Just don’t use that word!

“I hate the word ‘demographic’,” she says, “because it tars everyone with the same brush.”

She admits that the majority of bingo players fall into that typical female, CDE, aged 30-50 group but she sees younger players on her sites.

“You are even starting to see far more men playing bingo,” she says.

Marketing brand partnerships are key here. McDaid recalls the partnership that Foxy had with television show The Only Way Is Essex and the younger demographic that brought in.

“As we see the numbers in clubs diminishing and the online sector growing, I think you see the demographic changing,” she asserts.

McDaid believes it is essential for operators to diversify their customer-base as established operators have mined their databases of typical bingo users to exhaustion. That means, for example, looking beyond Facebook for the younger demographic using Instagram or TikTok.

“The online product takes its foundation from clubs. We cannot get away from that,” she continues. “Instead of going to the cinema, people went to the bingo hall and met their friends. When I last went to a bingo club, I saw four generations there. That is the core of what bingo is. It’s about how we keep the essence but still innovate.”

“Bingo sites can be a bit busy,” she says. “I think Apple has educated a lot of users as to what a clean UI looks like and what a clean user experience can be.”

Pragmatic has sculpted its UI accordingly, to aid slick conversion and to give customers more control. It is not stripped back too far because McDaid believes bingo players expect a certain look, but it is much cleaner, and customers say they like it.

But McDaid will not stop there. During the COVID-19 lockdown, the older generation (what some might call the bingo demographic) have become significantly more tech savvy. Almost everyone is now on Whatsapp, Skype, Zoom or Facetime and this could have implications for bingo’s future.

Chat has always been an important part of bingo, but McDaid thinks operators do not always prioritise it. They realise they must have it because bingo players expect it but not a lot of thought goes into it. McDaid believes it could be and should be a key part of the bingo experience. That might mean introducing a Zoom-like experience.

“Perhaps we could have a camera on the chat host, or we bring animation into the chat,” she says. “Operators have used celebrities to host chat rooms in the past, but users have often asked ‘how can I be sure it’s really you?’. Chat was born way before the whatsapps but now we are lagging. We need to bring that technology to the chat room.”

McDaid recalls users meeting in the chat room and then continuing their relationship off-site on Facebook or Whatsapp.

“It’s great that they are developing those relationships, but we need to look at how we can deliver that experience on-site.”

Pragmatic Play has been increasing its number of bingo players by double digit percentage points during the first half of the year and expects a four- or five-fold increase in liquidity by the end of the year.

It has licences in the UK, Malta, Gibraltar, Sweden and Denmark. While McDaid expects the UK market to be the main focus, she is expecting to go live in the Nordic region later in the year.

“We probably have the most customisable product out there - in terms of the look and feel of it. We are getting amazing feedback from operators who have a strong brand identity. They are looking for that flexibility in how they display their product. They don’t just want an off-the-shelf solution.”

She says an operator using Pragmatic’s product has a lot more control over design. For example, if the operator wants to use the mini games area for something else then it can do that.

“It is not our front end. It is the operator’s front end. They need to have that control. They can position games how they want.”

McDaid’s head is clearly buzzing with new ideas. One of those was Bingo Blast, a mobile-first bingo variant which sees the balls literally blasted into the air.

“Bingo Blast is something I’ve had in my head for a long time,” explains McDaid.

She says the concept evolved from a feeling that the beginning of a bingo game can be a bit slow. The player knows he or she is not going to win at the start of a game, so that’s often when they’re in the chat or off playing side games. The idea was to cut to the chase.

“Let’s take the user to the most exciting part of the game. Not the win but the bit when they are wondering if they are going to win and feel close to winning.”

They wanted to do it in a visually exciting way, so instead of the balls dropping one by one, the design team blasted the balls with the explosion of balls matching the number of users. After the initial two blasts, the balls drop one-by-one like in a traditional game. She did not want the game to be over too quickly!

During our conversation, McDaid repeatedly refers to “the core of the bingo product” or “the essence of bingo”. As a new arrival Pragmatic Play will innovate - it needs to in order to differentiate itself, but McDaid has been around the bingo industry for a while. She knows bingo and trusts it to bring in players.

“If you want good fish and chips, you don’t go to a Michelin star restaurant. You go to a good old-fashioned British fish and chip shop,” she says. “Sometimes I wonder if we forget to listen to our customers. What brought them into bingo? What is it that they like about bingo? Let’s look at that and then evolve it.”

This is supported by the market-leading insight of the Gaming Intelligence editorial team, which will be running a series of features and reports highlighting the latest technological developments and market trends.

Playtech results hit by Retail and Asia revenue decline in 2020